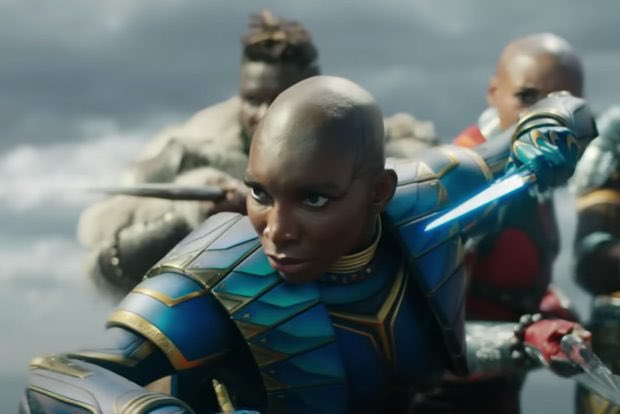 British-born Ghanaian actress, Michaela Coel, has been officially announced as one of the latest additions to the Black Panther franchise.

Since the announcement at Marvel’s panel for Comic-Con in San Diego on July 23, the trailer finally hit the internet with many fans already set for the release on November 11.

Michaela, 34, will be playing Aneka, a self defence instructor for the Dora Milaje.

The actress has made a name for herself in shows such as the comedy-drama series I May Destroy You, which won her the Outstanding Writing for a Limited or Anthology Series or Movie at the 2021 Emmys.

She has strong ties to her Ghanaian heritage.

The writer never hesitates to showcase her roots through fashion and other forms of art as she is occasionally draped in Ghanaian-made Kente cloth.

She is one of the six leaders in comedy honoured for Variety‘s 2021 Power of Women.

Ghanaian stylist Nana Kwasi Wiafe who was the brain behind her costume indicated that Michaela was inspired by two of Ghana’s “most powerful Queens. Nana Yaa Asantewaa, Queen of Ejisu and Nana Afia Kobi Serwaa Ampem II, mother of Asantehene.”

The Black Mirror star is also reported to be joining the cast of the upcoming Mr & Mrs Smith series.