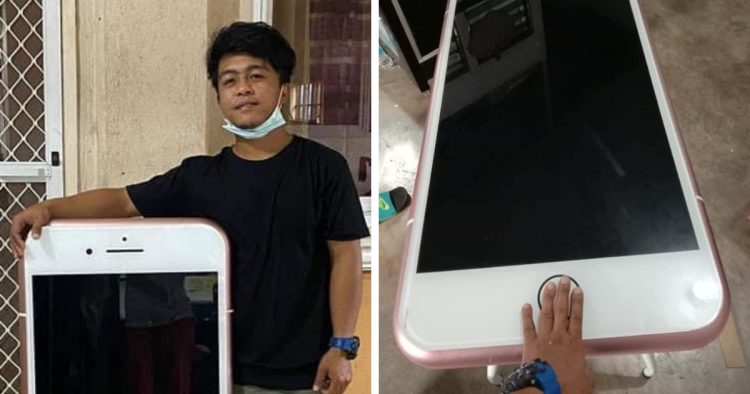 A Thai teenager recently got his five minutes of internet fame, after going online to buy a cheap iPhone, only to receive a coffee table shaped like the Apple smartphone.

Usually, when a luxury product is being sold for much cheaper than its market price, you owe it to yourself to check that everything is legit, but sometimes you just get carried away and push that ‘buy’ button to make sure someone doesn’t snatch it from under your noise.

That’s exactly what this teenage Apple fan from Thailand did recently, in hope of getting a much-coveted handheld for cheap. Only he knew that something was definitely wrong when the package was delivered.

The box the phone was supposed to be in was almost as tall as him, so the teenager, whose name was not revealed by the media, knew right away that something was amiss.

Only there was an iPhone in there, just not the kind he was expecting. If only he had read the product description a little carefully before making the purchase, he would have learned that the cheap phone was actually an iPhone-shaped coffee table.

Oriental Daily reported that the teen posted the photos of him and his purchase on social media, mentioning that he did find it odd that the phone was so cheap, and the shipping costs were higher than usual, but he just couldn’t pass up a bargain like that. Turns out there was no bargain.

The Thai youth’s pics and hilarious story went viral on social media, and the news was soon picked up by a number of Asian websites.