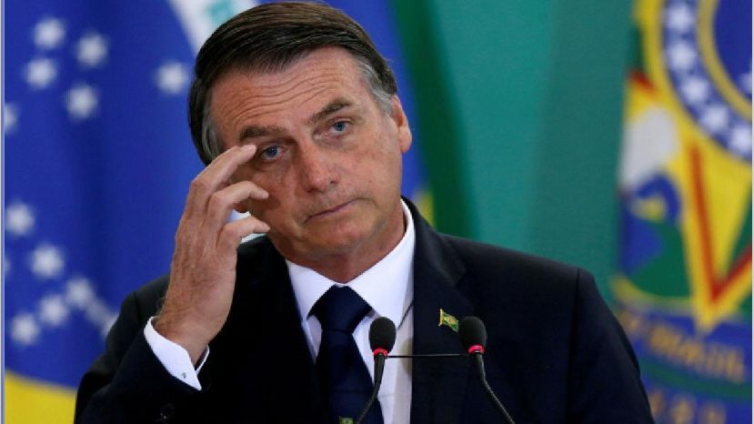 Brazilian President Jair Bolsonaro, who recently called the coronavirus pandemic a “fantasy,” has tested positive for the illness days after dining alongside President Trump, according to a local report.

“He waits for the result of the counter-proof this Friday (13) to confirm the contamination. There is tension in the air. Despite spending quiet time on TV, and asking the people to avoid the streets (a clear cancellation of the call for Sunday’s pro-government demonstrations), Bolsonaro does not hide the evidence,” according to a translation in the local news outlet Jornal Odia.

“He appeared in a mask this morning and did not leave the Palácio da Alvorada, the official residence.”

Bolsonaro returned to Brazil this week after meeting Saturday with President Trump at his Mar-a-Lago resort in Miami.

The far-right leader had been being monitored for the deadly bug that has spread to at least 34 people in the Latin American country, Reuters reported, citing the Brazilian newspaper O Estado de S. Paulo.

Bolsonaro previously tried to downplay the worldwide health threat Tuesday during a visit to Miami, Florida.

“During the past year, obviously, we have had moments of crisis. A lot of that is fantasy. And coronavirus, which is not [what] all the mainstream media makes it out to be,” he said.

The White House said earlier in the week that Trump was in “excellent health” after shaking hands with a congressman exposed to the virus.

Bolsonaro’s communications director, Fábio Wajngarten, who attended weekend events with Trump in Florida, also has tested positive for the coronavirus — marking the first time that someone known to have the virus was in close proximity to the president.

Trump does not plan to be tested or go into self-quarantine, the White House has said.

“Both the President and Vice President had almost no interactions with the individual who tested positive and do not require being tested at this time,” White House communications chief Stephanie Grisham has said.

DISCLAIMER: The Views, Comments, Opinions, Contributions and Statements made by Readers and Contributors on this platform do not necessarily represent the views or policy of Multimedia Group Limited.
Tags:
Coronavirus
Jair Bolsonaro