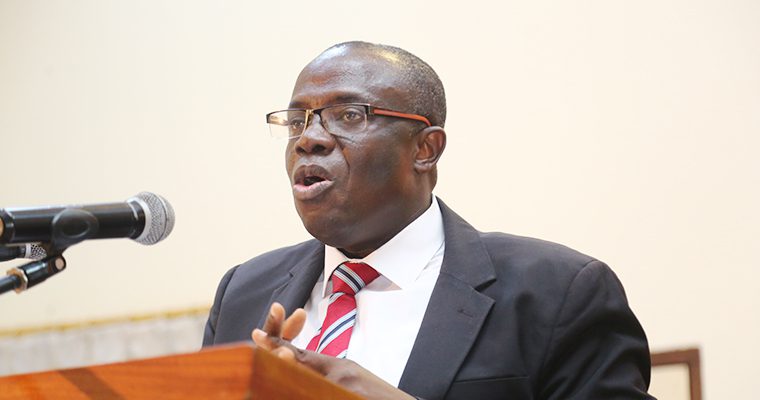 An Appeals Court Judge, Justice Sir Dennis Dominic Adjei, has called on the Judicial Service to start broadcasting proceedings of ‘important constitutional, criminal and human right cases’ in the country.

According to him, this will deepen democracy, and engender public trust in the activities of the Judiciary.

“Journalists should be given unfettered access to televised live proceedings from court. This will ensure that the information is disseminated without any distraction to the court process.

This will [also] promote the free flow of information and dissolve the myth about the courts and their proceedings which are owned by the public who appointed Judges and Magistrates as their trustees; unless it will not be in the interest of public morality, public safety, or public order or otherwise stated by a court as provided by Article 126(3) of the Constitution, 1992″, he added.

The legal luminary made these remarks while delivering a lecture at the Annual Lecture of the Ghana Academy of Arts and Sciences on Thursday, May 5, 2022.

In his address, he also called for an amendment of the provision which requires a person seeking information under the RTI Act to pay some monies.

In his estimation, this does not augur well for the country’s democracy, hence the need for it to be reviewed.

“The fees to be paid by an applicant who applies to access information for public consumption is unreasonable and the provision of payment of fees should be repealed.

A person who legitimately requires information but cannot pay the prescribed fee would be denied his fundamental right to obtain information.

In this democratic regime, information should not be sold by the public to a person who requires it for educational or other purposes”, he stated.

This year’s ‘Annual Lecture In the Arts 2022’, was under the theme, ‘The parameters of the right to information and its impact on Ghana’.

The event was held at the Ghana Academy of Arts and Sciences Auditorium in Accra and was attended by members of the Academy, as well as some invited dignitaries, prominent academicians, and a section of the general public.

The chairman for the occasion was the Vice President of the Arts Section of the Ghana Academy of Arts and Sciences (GAAS), Professor Kofi Opoku Nti.

Sir Dennis Dominic Adjei is a justice of the Court of Appeal and a prolific author of legal texts. Given his enormous clout and learning in the profession, he was appointed to the Advisory Committee of the International Criminal Court (ICC) in January this year.

The Committee is the body responsible for nominating judges of the ICC.

The trainer of judges was elected by consensus and will serve a three-year renewable term with four others from Italy, Serbia, Finland and France.

The election of the five to the Advisory Committee on Nomination of Judges to the Hague headquartered ICC occurred at the State Parties 7th plenary meeting of the 20th session.

The Court is the only permanent international court with jurisdiction to prosecute individuals for the international crimes of genocide, crimes against humanity, war crimes and the crime of aggression in December 2021.

Justice Dennis Adjei became the first Ghanaian judge to be a member of the sensitive body of the ICC with the mandate to recruit judges for the international court.

The Court of Appeal judge holds double Master of Laws Degrees with one in Criminology and Criminal Justice from the University of London in the United Kingdom.

He has been the Director of the Judicial Training Institute (JTI), which provides continuing legal education for Judges in Ghana.

He was also Dean of the Faculty of Law of the Ghana Institute of Management and Public Administration (GIMPA), as well as an Adjunct Associate Professor of Law at the faculties of law of the University of Cape Coast and Kwame Nkrumah University of Science and Technology (KNUST).

The astute jurist and academic, who wields recognized competencies in many fields of law has many publications to his credit including six legal textbooks.

DISCLAIMER: The Views, Comments, Opinions, Contributions and Statements made by Readers and Contributors on this platform do not necessarily represent the views or policy of Multimedia Group Limited.
Tags:
Ghana Academy of Arts and Sciences
Judicial Service
Sir Dennis Dominic Adjei