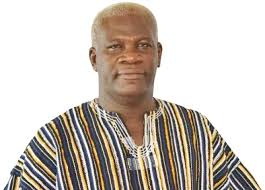 The Immediate past General Secretary for the Industrial and Commercial Workers Union (ICU), Ghana, Mr. Solomon Kotei, has entreated employers to open up on their financials to employees on a regular basis.

Speaking on Tuesday, September 7, 2021, during the Super Morning Show, he explained that this is necessary to erase employees’ perception that employers make profits but refuse to pay them well.

“It is very important that an employer will have a durbar with its staff, either quarterly or based on how their structures are broken down, and let the employees know which direction the business is going,” he said.

He was contributing to discussions that centred on the take-home salary of the average Ghanaian and whether it is enough to cater for their expenses.

During the show, Mr Kotei asserted that though a business may be making a lot of income, the remuneration of employees may not be as high as expected, because not all income generated by a business translates into profit. This, he said fuels a perception that employers are cheating their employees.

“So if we make a mistake and this disclosure is not done, employees will always be assuming that we work so hard that they bring so much money but they’re paid less. Keeping them [employees] in the dark, while they see that they’re working hard and are not aware of what the balance sheet is showing, they’ll always feel they’re being cheated,” he added.

Mr Kotei said disclosures apply to all levels of employees, (per the labour laws), including house helps and employees in the public sector.

“We have one of the finest labour laws in Africa and one segment suggests that the employer is supposed to do full disclosure of operations of the business to the employees so that they know what is out there for them.

He said employees who are not satisfied with the outcome of disclosures made by their employers have the option to exit the business.

“After doing the disclosure and you inform the employee that this is the balance and this is what I’m prepared to pay, if he accepts it, he comes in. But if he gets in there and he feels like this is a daylight robbery, then he has the option to resign and go and look for other greener pastures.”