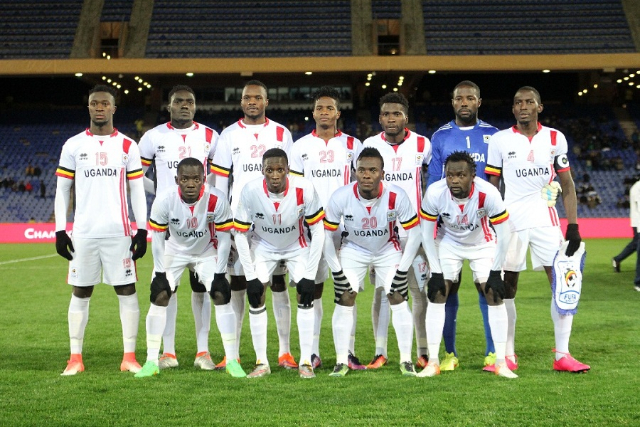 Uganda will push to bag their first win in the 2018 Caf African Nations Championship when they meet Ivory Coast on Monday at the Stade de Marrakech.

The Cranes have failed to rise to the occasion at the tournament as they have lost both of their matches in group B.

In their first encounter, they were beaten 3-1 by Chipolopolo of Zambia and went on to lose 1-0 to the Brave Warriors of Namibia.

On the log table, coach Sebastien Desabre’s side sits at No 3 with no points resulting from the two defeats, and they will pack their bags after the clash on Monday.

“I have evaluated my players. I want to win every match as a coach. We have not qualified from group stages for four editions now. There must be a problem. My job is to find a solution," Desabre said.

"I have a lot of work to do with the team. My work has started. You will notice changes. Football needs goals. We had chances but never used them again."

Looking at the Elephants, coach Ibrahim Kamara will also challenge his men to rectify their errors and get a win to redeem their status as African giants.

The Ivorians have failed to ignite at the continental tournament as they have also suffered two consecutive defeats in the group.

A 1-0 loss to Ricardo Mannetti’s Namibia was followed by a 2-0 loss at the hands of Wedson Nyirenda’s Zambia.

Resulting from the two defeats, they are now condemned to the bottom with zero points and are also out of the race to reach the knockout stages.

This will be the third competitive encounter involving the two countries and the Elephants have one win as well as a single draw – Uganda will want to bag their first win.

“Zambia performed well and showed that they have what it takes to thrive in a competition of this nature,” Kamara said after losing to Zambia.

“We came here to prove ourselves but it did not work. We are disappointed. We have to win and keep a smile on the faces of our fans at least and to leave with our heads high.”