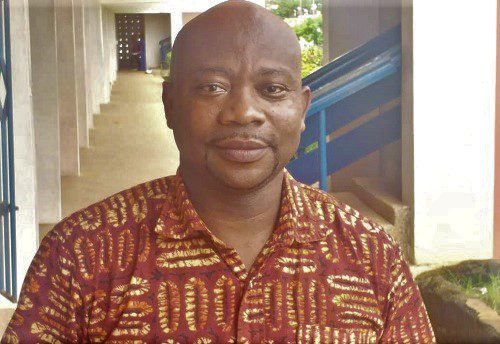 A local governance expert, Dr. Richard Fiadomor has described as shameful, the chaos that erupted at the Cape Coast Municipal Assembly’s session to confirm the MCE nominee, Ernest Arthur.

He also expressed shock at the number of police men present when the events were unfolding.

Speaking on the issue on Joy Newsroom on Sunday, Dr. Fiadomor stated that the confirmation of the MCE was not a contest, thus counting ballot papers was unnecessary.

According to him, the MCE had already been nominated and only needed to be confirmed. He added that the politicisation of the position as a result of rivalry is the reason for the chaos.

“It is a shame that this should happen at this time because it is just a mere confirmation process and it is only the assembly members who are enjoined by law to see to the confirmation. So if you are having about 65 people voting in this process then we should not see this chaos.”

Responding to a question by host Ernest Manu regarding whether or not Ghana will be better off making the MMDCE positions elective on partisan basis, Dr. Richard Fiadomor stated that, the requirement for a process of voting to be used in deciding the fate of the MCEs as happens in the general elections could be blamed for the violence recorded in Cape Coast. He related that if the position of MMDCE is made elective such violence will be amplified.

“If we have a situation where we go for partisan elections people will go and snatch ballot boxes, even in parliament ballot papers were snatched, so clearly it is a no no for us to do partisanship at the assembly”

The MCE nominated for Cape Coast, Ernest Arthur, was rejected after he polled 34 out of 65 votes cast so did not make it through. He needed 44 votes to make the pass.

He was rejected a second time despite the appeal of the Central Regional Minister, Justina Marigold Assan. He pulled 40 votes out of the total 65 votes.

He was however finally confirmed amid the chaos witnessed..