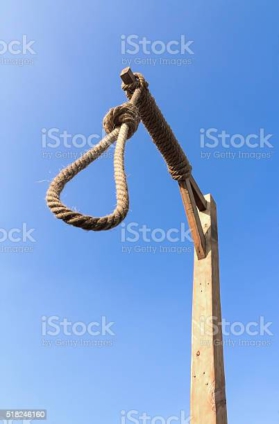 Gallows and hangman noose against a blue sky

The man who killed a Cape Coast-based musician through stabbing in February 2021 has been sentenced to death by hanging.

The dancehall artiste – ‘Unruly Grank,’ born Emmanuel Aikins was killed on February 7, 2021 through stabbing by Bright Ellis during a brawl at the Orange Beach Resort in Cape Coast.

The 24-year-old musician, whose other alias was “Soft Metal” in music circles in Cape Coast, was stabbed during a misunderstanding between him and Bright Ellis.

Ellis is 27-years-old and an artisan.

Aikins was pronounced dead on arrival at the Cape Coast Hospital after the incident.

Police prosecutors told the court that a scuffle ensued between fans of Unruly Grank and another dancehall artiste in the Cape Coast over who was more popular.

The two were said to have met at the Cape Coast Castle for a ‘rap battle’ but the event turned bloody and their fans resorted to a fight during which Grank was stabbed.

Ellis sustained a cut on his left hand, subsequently made a report at the Police station against the deceased and was issued with medical forms but was later arrested by the Police to assist with investigations.

The court heard that Grank, in many social media posts, claimed he was the king of dancehall in Cape Coast and most of his fans also referred to him as such.

A fan, Sadick Highest, reacting to the announcement of the release of ‘Frass pon frass’ album, said: “Face of Cape Coast dancehall …Keep it up ma Gee!”

In one of his posts on Facebook, Unruly Grank said: “If you believe yourself, show your face lemme murder you Kahpun”.

Reacting to the verdict, the mother of the deceased artist Kate Swanzy said she is grateful that justice has been served.

She was excited over what she described as a fair ruling.

She urged Ghanaians to at times exercise patience in matters relating to court trials for proper investigations to be carried out.

DISCLAIMER: The Views, Comments, Opinions, Contributions and Statements made by Readers and Contributors on this platform do not necessarily represent the views or policy of Multimedia Group Limited.
Tags:
Cape Coast
Killer
Musician
Sentence to death