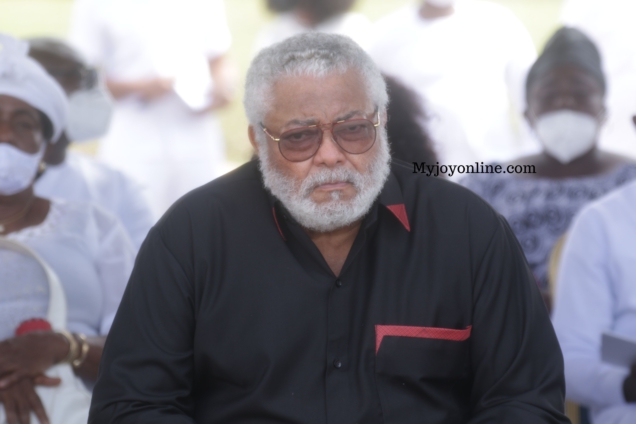 Chief of Staff, Frema Osei Opare and the Rawlings’ family will meet to decide a date for the state burial of the late former President Jerry John Rawlings.

“I believe a grateful nation should show appreciation. We are going to give him a state funeral. She (Mrs Rawlings) and the Chief of Staff have to make the necessary arrangements to give him a befitting send-off.

“On the part of the state, no effort will be spared to ensure that the president is sent off like a president; a man of the highest office,” President Akufo-Addo said.

The founder of the National Democratic Congress passed away on Thursday, November 12, at 10 am after being rushed to the intensive care unit.

The family of the late Jerry John Rawlings visited the president at the Jubilee House, Thursday, to officially break the news of his sudden demise.

“I am here to inform the president and the entire government that Jerry John Rawlings is no more. We deem it appropriate to come and inform you [the president] officially,” a representative of the family, Richard Fordjour said.

With him were family relatives that include Zanetor Rawlings, Asantewaa Rawlings among others.

The President thanked the family for following necessary protocols to officially brief the nation over the unexpected situation.

“I appreciate you very much for coming to inform me formally in this new development. I thank you once again for coming,” he said.