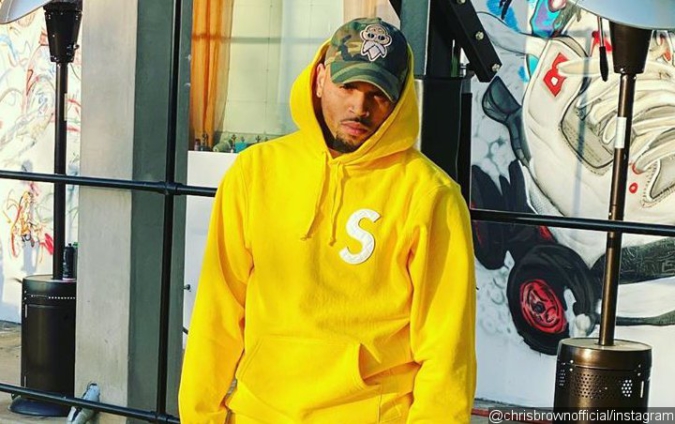 Chris Brown was forced into hiding in his own home as a crazed fan called him her “life partner” from outside the property.

The 30-year-old singer uploaded a clip of the shocking incident to his Instagram account on Saturday (March 28), showing the “Loyal” star cowering behind a wall while a woman yells at him from the other side of it.

Claiming the woman had previously tried to climb the fence protecting his property, the star wrote in the caption: “Mental illness is real!! she tried to sneak over the gate at my crib but she saw my dog and he saw her.”

While much of what the woman said was unintelligible, she appeared to be asking Chris does he “know Lorena”. “No,” he yelled back, before calling the woman “crazy”.

She went on to call the “Forever” star her “life partner”.

It’s not Chris’ first run-in with a stalker – back in 2016, the father-of-two secured a protection order from Danielle Patti, who invaded his home on three separate occasions.

She claimed she had dated the hitmaker and he harassed her on social media.