CLOGSAG did not demand neutrality allowance during negotiations – Dr. Kumah 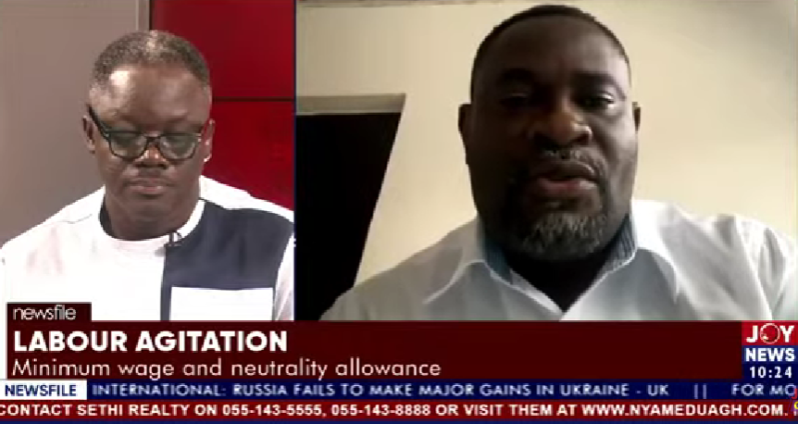 A Deputy Finance Minister has debunked reports that the Civil and Local Government Staff Association of Ghana (CLOGSAG) demanded for ‘neutrality allowance’ some two years ago in an agreement.

Speaking on JoyNews’ NewsFile Saturday, Dr John Ampontuah Kumah, said CLOGSAG did not come to the negotiation table with a ‘neutrality allowance’.

“So I believe it is the reason why in trying to come up with a term that they thought at the time could be limited to only CLOGSAG, they came out with the word ‘neutrality allowance’. It’s not something CLOGSAG demanded. It is a term.”

He said that negotiations with the Association began in 2019, with the agreement getting signed in January 2022, with an effective date of February. Dr Kumah disclosed that the agreement which took almost 2 years had the involvement of the Senior Presidential Advisor, Fair Wages Commission, and the Sector Minister as well as the Finance Ministry.

He said at the time, the Association came up with all kinds of demands and allowances even though justifiable, could have tripled their salary if government had bought into them.

The Ejisu MP said he empathises with CLOGSAG workers since they are the lowest-paid group on the Single Spine Structure.

“So something ought to be done for them,” he added.