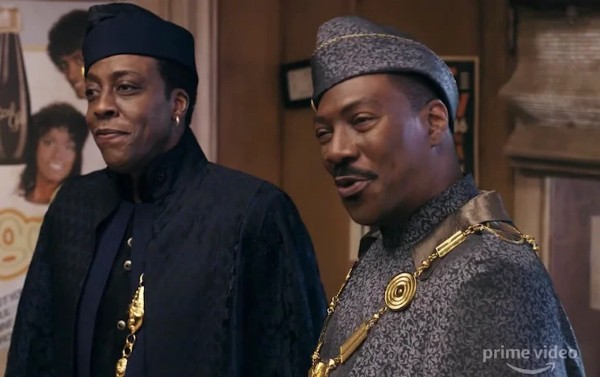 A Coming 2 America release date has been confirmed and fans are eager for the Eddie Murphy sequel. Here’s how to watch it.

There are many film fans who look back on the eighties as the greatest decade for cinema of them all.

Many iconic efforts emerged from the period, plenty of which are comedies.

A number of the most beloved and nostalgic examples include Ghostbusters, Back to the Future, This is Spinal Tap and Airplane!

The majority of people will also argue it as the golden age of Eddie Murphy movies, with the likes of Beverly Hills Cop, Trading Places and Coming to America gracing screens.

However, fans of the 59-year-old American actor have recently been anticipating the release of Coming 2 America, a sequel to John Landis’ classic 1988 rom-com.

Audiences were treated to a first glimpse in December 2020, but when is the sequel set to arrive?

It will be available to stream with an Amazon Prime Video subscription from this date, so there’s not long to wait.

Eddie Murphy and Arsenio Hall are reprising the roles of Prince Akeem Joffer and Semmi and the plot details are already in. Ahead of Akeem taking the throne, he discovers that he had a son (played by Jermaine Fowler) with a Queens local (Leslie Jones).