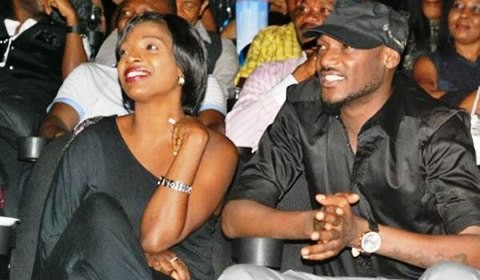 Tuface’s Publicist Confirms Annie Idibia’s Pregnancy. Before now, it has been widely speculated that the actress, Annie Macauly was pregnant with her second child to the singer, 2face.

Annie came out to debunk the story in its entirety. But from the look of things, it appears that the actress has actually started the nine month journey if what her hubby’s manager, Efe Omorogbe is anything to go by.

Efe disclosed that the entertainment couple is expecting their second baby together.

The actress is said to be in her second trimester stage and is expected to deliver another Idibia in four months time.

Recall that Tuface Idibia has a baby girl, Isabella with Annie, and five other children from two baby mamas, Pero Adeniyi and Sunmbo Ajaba.