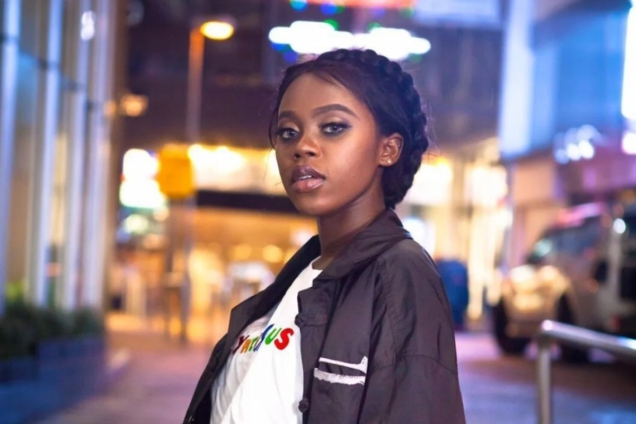 Harmony “Anne-Marie” Ilunga, a Congolese model in Hong Kong, is the founder of modelling agency Harmony HK which represents women of colour.

“We are here to celebrate diversity,” Ilunga says. “Everyone knows that Hong Kong is a diverse city, but the diversity is not represented, and more importantly, not celebrated.”

The agency forms a part of Harmony HK, the social platform Ilunga set up in 2018. The platform targets ethnic minorities’ lack of visibility in the city’s media, particularly in modelling and fashion, promoting diversity and inclusion of ethnic minorities and refugees in Hong Kong through art and fashion.

Ilunga always knew she wanted to model. “You should see the way I used to pose when I was a kid,” she laughs.

She was exposed to modelling through taking part in high school fashion shows and pursued freelance modelling throughout and after college, where she encountered unwarranted but common challenges.

“We prefer white models,” she says she was often told when approaching agencies. In response, she thought: “You’re not giving me a seat at your table? That’s fine, I don’t want it, I’m going to make my own table.”

Before starting Harmony HK, she did her research. “There are barely any models of colour [in Hong Kong] – those who are not white, East Asian or mixed – who are booking jobs,” she says. “White models are also paid more. If I’m doing as good a job in the same amount of time, why should I be paid less?”

Ilunga’s agency highlights problems inherent in Hong Kong and no doubt significant portions of the global modelling industry. The recent escalation of the black lives matter movement lends a renewed urgency to these long-standing issues.

“It’s kind of crazy what [the escalation] has done,” Ilunga says of its impact on her agency. “The feedback and interest we’ve been receiving lately has all been very positive and the support from the community is overwhelming, I receive so many messages on social media every day. I’ve even had agencies who’ve rejected me personally before try and come after some of my models.”

Even if there are those that exploit the black lives matter movement – particularly in the fashion industry – at least, Ilunga says, people “are starting to become more open to the idea of working more with black models and models of colour”.

She does clarify, though, that the first and foremost aim of the agency is to promote talent.

“Modelling comes first,” she says. “Just because someone is from an ethnic minority background doesn’t mean we automatically represent them. You have to show you have the potential to be a good model. The point is to promote talented ethnic minorities.”

Her agency is small, but growing fast, and represents a diverse a range of models – both male and female – mainly from countries in Africa, South Asia and Southeast Asia. Her team consists of a diverse group of Hongkongers, whose backgrounds include Filipino and Pakistani heritage.

“The team is just amazing,” she says. “We are now getting ready to stage for an upcoming fashion show.” For that show, to be held on September 5 at Eaton HK Hotel in Jordan, 20 per cent of ticket sales will go to charities and NGOs that focus on refugees, gender inequalities, orphans and environmental projects.

As someone who was labelled a “refugee” – Ilunga came to Hong Kong as an asylum seeker from the Democratic Republic of Congo in 2011 – she seeks to subvert the negative image which often criminalises such people and change the narrative through self-representation.“[In Hong Kong society], refugees are always criminalised. You always hear, ‘Oh, an Indian and a Pakistani got into a fight in Chungking Mansions!’ It’s always a negative view, rarely anything positive,” Ilunga says. “The whole society sees us in a particular way, and you start to view yourself through other people’s eyes. That is the problem. Especially as a kid, that affects you.”

Ilunga is also starting an online store on the Harmony HK website for ethnic minority and refugee designers to sell their products. She hopes that she can use her career as an example to which other children with similar backgrounds can aspire.

“I do want to be a role model, I want other African kids to be able to look at me as a positive example and believe that they can be a model or whatever else they want,” she says. “All we want is to be included and represented. I consider Hong Kong my home. I grew up here, and I’m not going anywhere.”

DISCLAIMER: The Views, Comments, Opinions, Contributions and Statements made by Readers and Contributors on this platform do not necessarily represent the views or policy of Multimedia Group Limited.
Tags:
Congo
Hong Kong