Constant retrospection needed in securing the future for generations – Otumfuo 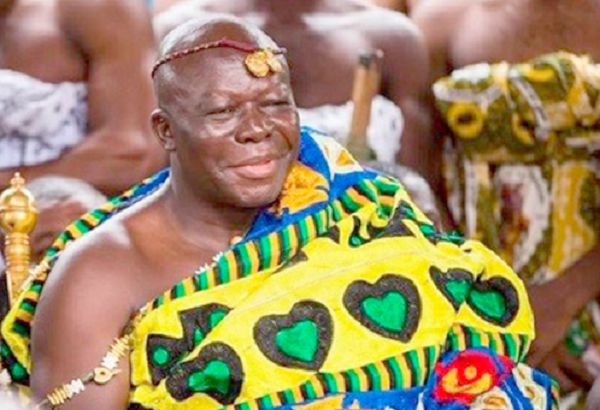 He said recent events in Parliament should nudge stakeholders, especially the political leadership, to act on deepening democratic sanity.

Otumfuo Osei Tutu made the call when he opened the maiden Media Capacity Enhancement Programme (MCEP) at the Manhyia Palace on Monday.

“We have come to a year when the nation’s constitutional order was put through the severest stress. The commencement of work in the 8th Parliament of the fourth republic had not been in the most edifying tradition and no one had expected that the year would conclude with the honourable House degenerating into a brawl with very honourable members putting aside their debating skills in order to exhibit their punching prowess.

“The stress on our highest institution of the state and the nation’s side has shown clearly that we cannot afford to be complacent or take anything for granted both now and the future. Recognizing this also makes it necessary for us to take a good look at ourselves and the path we have embarked upon- seek any fault lines that may appear so we can take the appropriate steps to mend them.

“Such constant retrospection is necessary if we are to avoid the unexpected and secure the future for generations to come,” he said.

Otumfuo Osei Tutu said the focus of such introspection should be highest on our political leaders and called for support for the Chief Justice in strengthening the Judiciary and protecting the Rule of Law.

He emphasized the role of the media but noted that it lacked the recognition accorded other estates of the realm.

“However, when it comes to matters relating to the fourth estate, we tend to treat it less seriously that it deserves. After all, we do not elect them, nor do we have to worry about how much of our taxes are needed for their upkeep.

“Nonetheless, the role the media plays is in every inch as critical as any of the institutions within the body politic. The media opens the ears of society to what is happening around them and acts as a filtration system that enables the people to filter good from the bad,” he stated.

Otumfuo Osei Tutu appealed to the media to endeavour to maintain freedoms under the practice, noting that press freedom did not guarantee abuse.

He charged the media to help protect the nation’s democracy, which continued to flourish in a sub-region fraught with collapsing democracies.

The capacity programme is on the theme: “Equipping the media to play an effective role in our nation-building,” and kicks off in Kumasi with the first cohort of 250 practitioners from across the various media organizations and associations.

Mr Kojo Oppong Nkrumah, Minister for Information, said the initiative had been designed to reach a significant number of practitioners over the period and is based on a thorough needs assessment by a well-constituted committee.

He said the initiative would be institutionalized as a concrete programme to help practitioners to lift standards.

Mr Yaw Boadu-Ayeboafo, Chairman of the National Media Commission, expressed enthusiasm about the attempt, which he said would help enable journalists to perform at professional levels.

He urged beneficiaries to take advantage of the initiative in distinguishing themselves such that all would embrace the programme.

Dignitaries, including political leaders, heads of the various media associations and the US ambassador to Ghana attended the launch.