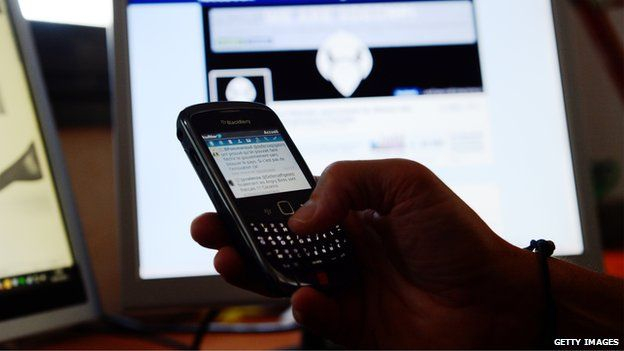 Consumers of telecommunications services will lose about 22 pesewas of every GH¢1 talk time they buy due to the proposed increment in the Communications Service Tax (CST).

Currently, telephone service consumers such as mobile phone users spend about 19.09 pesewas out of every GH¢1 worth of airtime on taxes, the Chamber of Telecommunications has revealed.

The increment follows the proposed increase of the CST”ˆfrom six per cent to nine per cent expected in force when the President assents to the Appropriation Bill approved by Parliament okaying supplementary spending of more than GH¢6.3 billion.

The proposed increment in the CST has been met with mixed reactions from Ghanaians.

While some Ghanaians are at variance with the move, indicating that it is burdensome and therefore should be reversed, others believe it should be maintained because that was the surest way to capture majority of the people into the tax net to generate enough revenue for development.

For others, although the thinking behind the increment of the levy was a good one, the three per cent increment was outrageous and should be reviewed a little downwards.

Many others who also spoke to the Daily Graphic in separate interviews in Accra were just not ignorant about the development but also about the existence of the CST.

Already, players in the telecommunications industry are complaining of being burdened as they spend nearly 40 per cent of their revenues on taxes, levies and regulatory fees, among others.

The CST, a consumer tax, will therefore be passed on to the consumer which possibly may lead to retrenchments in the communication services sector, he said.

Experts have argued that the development may have a negative effect on productivity and revenue of many businesses, especially those whose output largely depends on telecommunications.

They have also said that the government might not only lose revenue due to possible retrenchments owing to unaffordability but also have its digital agenda such as the rural telephony project negatively impacted.

In an interview with the Daily Graphic, the Chief Executive Officer of the Ghana Chamber of Telecommunications, Mr Kenneth Ashigbey, cautioned against the ‘over taxation’ of the telecommunications industry, adding that it did not augur well for the country.

“These industry-specific taxations are one of the things that we will wish that government will stop and if there will be any taxation, it should be taxation that will be across the board, especially when you consider the fact we are paying close to 40 per cent in terms of taxes, levies, regulatory fees and all of that,” he said.

“It’s been known globally that that does not augur well for the country itself and the industry as a whole,” he added.

Mr Ashigbey said the industry was waiting for an opportunity to engage the government on the matter and was expecting some positive outcomes.

He observed that the telecommunication industry provided the wheels on which many businesses ran and therefore “over-milking” it would have dire effects on businesses.

“It is not as if the demand for telecommunication services is inelastic. If we are not too careful, volumes could drop and might affect the marginal returns for the tax negatively. There has been a consolidation in the market not long ago and if we are not careful we will see a lot more of that,” he added.

He stated that most of the countries that were more progressive in their tax approach had moved from demanding too much from the industry to giving it a liberal space to operate so that it could invest more and spur growth from other verticals.

That, he added, would push the government’s agenda of production from which it would get a lot more people to pay taxes.

Talk tax as many Ghanaians call it was introduced in 2008 by the government at an ad valorem rate of six per cent.

The tax is levied on charges payable by consumers for the use of communication services.

Last year, the tax gathered a total of GH¢420 million, representing a 27.7 per cent increase from the estimated GH¢304 million accrued in 2017.

The amount generated from the levy was 4.56 per cent more than the projected GH¢401.8 million in the 2018 mid-year budget.

The tax, however, has not seen any increment more than a decade after its introduction.

The Minister of Finance, Mr Ken Ofori-Atta, on Monday, July 29, 2019, announced an increment in the CST from six per cent to nine per cent in Parliament.

Presenting the Mid-Year Fiscal Policy Review of the 2019 Budget Statement and Economic Policy and Supplementary Estimates of the Government of Ghana for the 2019 Financial Year, Mr Ofori-Atta explained that the increment was aimed at creating a viable technology ecosystem to, among others, identify and combat cybercrime.

“Government proposes to increase the tax to nine per cent to develop the foundation for the creation of a viable technology ecosystem to identify and combat cybercrime, protect users of information technology and combat money laundering and other financial crimes.

“The increase will not be earmarked; however, the sharing ratio will be adjusted in such a manner that the national youth employment programmes continue to receive the same proportions as they are currently receiving,” he said.

A phone cards dealer, Mr Kwame Agyare, expressed the fear that the move would affect his already ‘ailing’ business.

He said people in recent times were reluctant to buy airtime and that would compound the situation.

“Anytime somebody buys from me and the airtime does not last as they wanted or expected, they come here to attack me as if I manufacture the cards. If the government continues to increase such taxes, our businesses are going to collapse completely,” he said.

A driver, Agya Adu, said: “We are already under pressure; we are burdened with taxes. If this is added to the existing ones, our woes will be worsened. If it will not be scrapped, at least it should be reduced.”

A teacher, Mr Israel Kudzodzi, said he had no problem with the increment if only the government would be accountable in reference to how well they worked with the six per cent tax, then going forward, a justifiable reason for the increment to nine per cent would be welcomed.

A tax advisor, Mr Justice Annan, noted that the increment would only be a burden on the pocket of the less-earning ordinary Ghanaian whose incomes were no match for the higher income earners in society, saying that “with income levels unchanged, this increment will be an unjust one.”