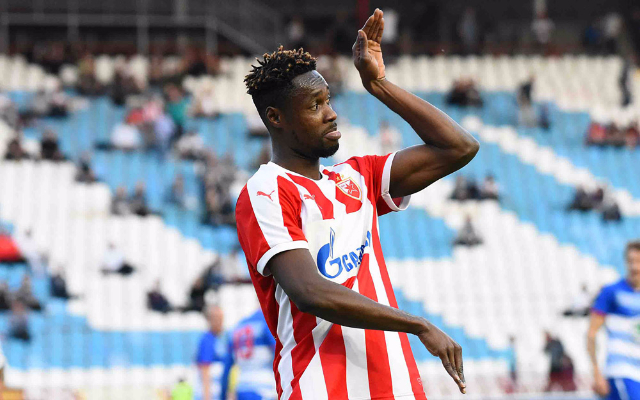 Antonio Conte has instructed Chelsea scouts to watch Red Star Belgrade take on Arsenal in the Europa League because of Richmond Boakye-Yiadom.

The Chelsea boss hopes the fixture will provide the perfect opportunity for his scouts to see the in-form Black Stars striker in action.

The 24-year-old has scored 14 league goals in 13 appearances since joining the Serbian giants in January on loan and could provide perfect back-up for Alvaro Morata.

Boakye has been on Conte's radar for the past five years after his brief spell at Juventus, and the Italian will be keen to see how he gets on against a top Premier League team.

Morata has been suffering from a hamstring injury, which exposed the lack of depth up front for Chelsea.

Yiadom has reached 30 goals for club and country in 2017, making him one of the most prolific scorers in Europe.