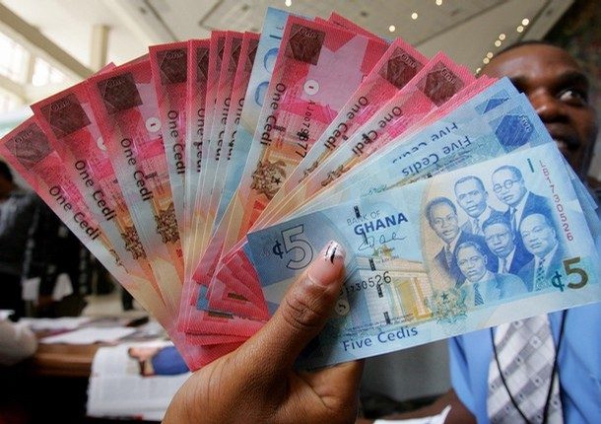 The coronavirus outbreak is currently hitting Ghana’s economy as the sinohydro deal and the cedi’s strong performance is being affected.

The Minister of Roads and Highways, Kwesi Amoako Atta at a program in Koforidua in the Eastern region said some road projects that draw its funding from the Sinohydro deal will be affected.

This is due to delay in releasing funds from the $2.5 billion deal for some road projects in the country.

According to the Minister, officials from China could not travel to Ghana to perform their roles in relation to the deal.

Mr Amoako Atta at that meeting noted that “It’s understandable, the officials should have come from China to join us to perform these exercises in relation to the sinohydro [but] because of the manifestation of that deadly disease, that certainly has affected a lot of things.”

Corona Virus and the Sinohydro deal in Ghana

The Sinohydro Project is expected to bring some $2 billion, with about $1.5 billion being directed towards major road projects in the country. Four out of 10 road projects have already commenced.

The $2.5bn bauxite-for-infrastructure deal signed between Ghana and the Asian giant’s Sinohydro Company. This project was seen as very important in the government’s whole infrastructure projects for this year.

The government’s 2020 budget projected that some GH¢9.2 billion would be needed to finance its capital projects. For some, if these funds delay, it could affect the government’s finances badly for this year.

The development could mean that, if the government wants to push for the completion of these projects, funds meant for other projects may have to be sacrificed. If the funds had come in on time that may have helped other sectors of the economy, in terms of job creation and even helping boost the country’s international reserves, which has seen some significant increase over the past months.

Impact on the “bigger” economy

The development could mean that if the government wants to push for the completion of these road projects, then funds meant for other capital projects may have to be sacrificed.

The sinohydro funds coming at the right time may have helped other sectors of the economy, in terms of job creation and even helping boost the country’s international reserves at the Bank of Ghana.

Looking at the way the economy is connected, any challenge with one sector could impact negatively on other areas.

The coronavirus outbreak has forced some businesses that import every week from China to review their operations.

This may affect the profits of some of these firms and businesses. There are fears that if this gets out of hand, the tourism sector in Ghana, could also be badly hit as well as the hospitality industry which could also affect projected revenue for the country.

The International Monetary Fund and the World Bank have forecasted that growth of many countries would suffer this year as a result of this development.

But for some, this may make a strong case for the Finance Minister, Ken Ofori-Atta to quickly review the macroeconomic targets set out in the 2020 budget.

The coronavirus outbreak and the Ghana cedi

The Corona Virus is also not leaving out the cedi in terms of shocks on the economy. The development has already slowed the cedi’s sharp appreciation witnessed since the beginning of this year. JoyBusiness is learning that some of the offshore investors that buy or invest in our bonds are turning to gold-backed assets, this has brought some pressure on the local currency and slowed its recent sharp appreciation.

JOYBUSINESS understands that these offshore investors are taking the decision because of the uncertainty of the outbreak to the world’s economy.

This is because there are fears the coronavirus might not be ending anytime soon. That is why some of them are pulling out of Ghana’s bonds and investing in gold, which is seen as a haven for their investments.

There are fears that if the coronavirus is not contained anytime soon, then there would be more pressure on the cedi.

This some say could affect gains the Bank of Ghana has made so far which has resulted in the cedi’s strong appreciation since January this year.

They also argue that this is the real test of the regulator – Bank of Ghana, in terms of how they should respond to this challenge – that is, should the BoG release more dollars into the system or wait a little bit.

There were expectations that the country would have benefited from the recent U.S. Federal Reserve interest rate cuts.

However, it looks like that is yet to be realized. This is because the results from the 3-year paper recently floated by the government has left more questions than answers.

Based on the Auction Calendar, the government was looking for GH¢1.5 billion. However, it got just about GH¢1 billion and paid an interest of 20 .75 per cent to investors. The results have already resulted in some arguing that investors failed to react to the Federal Reserve’s rate cut.

DISCLAIMER: The Views, Comments, Opinions, Contributions and Statements made by Readers and Contributors on this platform do not necessarily represent the views or policy of Multimedia Group Limited.
Tags:
Coronavirus
Ghana cedi
Sinohydro deal