Coronavirus: how it hit football finance in Africa 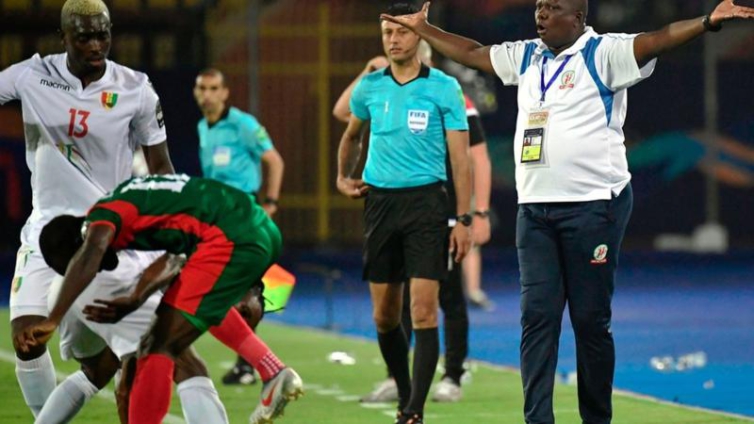 Just four months into 2020, the coronavirus pandemic has swept across the planet, obliterating sports events and forcing suspensions, postponements and outright cancellations.

A sporting calendar that promised so much – including the Olympics, Africa Women’s Cup of Nations, European Championships, African Athletics championship, the CHAN tournament – has instead become a series of blank weeks and months as event after event succumbed to postponements and cancellations.

The end of live sport around the world has meant that players, coaches, clubs and federations have seen money dry up. Across Africa this has presented many challenges. Here, we look at those affecting football in particular.

”Football is life – the moment football stops, it is like life has stopped too”, laments David Juma, captain of Kakamega Homeboyz in Kenya’s Premier League.

For all that football is Africa’s most popular sport, the passion does not easily translate to an attractive bank balance even in normal times in comparison to leagues across Europe and America.

According to the KPL – one of East Africa’s top football leagues – 50% of its footballers earn an average monthly salary of $200. This leaves most players dependent on match bonuses, travelling allowance and winning bonuses.

Without games to play, none of these can be secured. Added to this has been the exit of league sponsors SportPesa.

And other players in the KPL do not earn a monthly wage at all, and earn by having jobs with the company that owns the club. In the pandemic, most of those companies are themselves struggling.

“We were told we will take a 50% pay cut – our boss is also in business, and because of corona there is no business that is doing well,” Juma continues.

“As a businessman, he knew paying our full salaries was unsustainable – so this was instead of sending away people unpaid.”

Monthly wages for players are roughly similar in Cameroon, but have the protection of a guideline that has standardised a minimum wage at $200 a month.

Coton Sport are the only government-run club in Cameroon’s premier league. Their player Thomas Bawak admits things are shaky, especially as, like in Kenya, tickets and other matchday fan payments constitute a high percentage of club revenues.

“There is a fixed salary but I think by next month, the salary will not be the same,” he says.

Besides taking a hit to the pocket, players also have to deal with the effect on their mental health – impacted by the twin concerns of money worries and anxiety about the virus.

Thomas says the situation has made footballers feel “psychologically down”. Many are worried about how they will feed their families.

That is a feeling Bolaji Simeon, a Nigerian who plays in Guinea with Horoya FC – current semi-finalists in the now-postponed Caf Confederations Cup – knows all too well.

“Apart from being married with kids and some of my brothers going to school, I have my mother, my sisters,” he says.

“I am really worried and we are not playing, we are not getting match bonuses – nothing.”

Even clubs in South Africa and north Africa, which usually pay much higher salaries compared to the rest of the continent, are not exempt from the difficulties posed.

In Egypt, top clubs like El Gouna, Arab Contractors and Pyramids have announced that their players will take pay cuts, while Smouha have reported that their coach will take a 50% salary deduction.

Egypt’s Sports Ministry have, however, stressed that Egypt’s elite clubs need to financially help out those who are struggling in the lower divisions. That elite includes Al Ahly, Africa’s most decorated football franchise.

But Al Ahly are themselves embarking on pay cuts due to a lack of games. Their own losses show no signs of abating, despite their presence in the semi-finals of the postponement Caf Champions League.

That postponement is one of a number hitting Caf competitions. The Africa Cup of Nations and Women’s U-17 and U-20 World Cup tournaments have also been hit.

Women’s football has in some respects been hit just as hard, if not more.

Female footballers in Africa earn on average $100 a month or less. Thus it is very common to see them also enrolled in higher education or in a second job just to get by.

But even in the world’s top football leagues, African players have not been spared from pay cuts. Even in England, home of the Premier League, clubs are asking players to take wage deferrals.

However, there have been some positive measures rolled out by countries, federations, clubs and well-meaning individuals – all in a bid to curb the devastating effects of the outbreak and cushion the issues.

Several Africa football associations have already taken advantage of this – whilst also distributing their own funds.

In a similar move, the Egyptian Football Association decided to launch an initiative to raise funds for players in third and fourth divisions.

And South Africa set aside an $8 million relief fund for athletes and artists.

Other measures across the continent include Liberia’s approving US$4,200 to clubs in the men’s and women’s divisions; players in Algeria contributing part of their salaries to a Covid fund; and Uganda’s FA donating 12.5 tonnes of rice to football players, officials and fans.

Individual gestures have been noted too: Mark Twinamatsiko, coach of second-tier side Kitara Football Club, has pledged to give half of his salary to his players, while the owner of Kenyan Premier League side Wazito FC, Ricardo Badoer, has said his players and staff will continue receiving their full salaries.

Badoer’s own experience of being jobless meant he wanted to avoid putting his staff through it, he said.

Nevertheless, the vast majority of clubs and players are already feeling the squeeze.

“Teams need to think outside the box,” laments David Juma.

“How can we make our money as a team? This is where we make more money. The moment we don’t get these bonuses, we suffer a lot.”

That suffering is being felt from voluntary or forced pay cuts to run down contracts as well as dwindling revenue streams. And whilst the health and safety of professionals is of utmost priority, without backup plans, the financial drought for African footballers will linger for as long as Coronavirus keeps stadiums silent, and gates shut.