Amid the rapid spread of the coronavirus outbreak around the world, Vietnam has announced that all 16 infected patients in the country were discharged from hospital and declared cured.

As of Wednesday, all 16 patients, including the oldest who is 73, had been cured and discharged from the hospital.

For the past 15 days, including on Friday, the government also detected no new cases of infections, the last one having been reported on February 13, even as a village north of Hanoi remains under a 20-day lockdown.

“If fighting COVID-19 has been a war, then we have won the first round but not the entire war because the situation can be very unpredictable,” Vietnam’s Ministry of Health quoted Deputy Prime Minister Vu Duc Dam as saying, referring to the illness caused by the coronavirus, during an online conference with city and provincial officials on Tuesday.

Worldwide, the outbreak has already killed almost 3,000 and infected more than 83,000 as of Saturday. 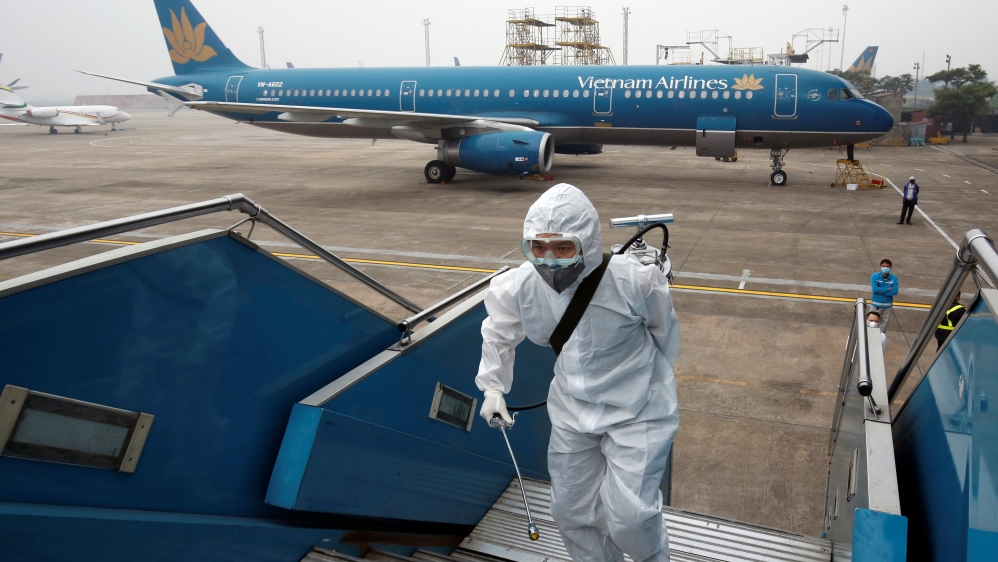 It is a different story, however, in Vietnam. World Health Organization (WHO) officials and health experts said the government’s swift response to the emergency was crucial in containing the crisis at the early stage.

By Wednesday, the Vietnamese government declared that the 16th and final patient infected with the virus had been discharged from the hospital.

The 50-year-old man, identified as NVV, had earlier caught the infection from his 23-year-old daughter, identified only as NTD. Both are natives of Son Loi district in the northern province of Vinh Phuc, where 11 cases were found.

The daughter was one of eight employees of a Japanese company who returned from the Chinese city of Wuhan, the epicentre of the virus, on January 17. In all, six people among the group were found to have tested positive for the virus later.

Some of their relatives and friends were also infected, including a three-month-old baby, the youngest coronavirus patient to date.

Dr Kidong Park, WHO representative in Vietnam, attributed the success to the government’s “proactiveness and consistency throughout the response”.

Vietnam’s novel coronavirus nightmare began when two Chinese nationals were found to be the first cases in Ho Chi Minh City on January 23, the first day of the Lunar New Year celebration holiday, casting a gloomy air over the festive season.

Vietnam officially declared the coronavirus an epidemic on February 1, when the number of cases in the country rose to six.

On February 13, the health ministry ordered all 10,600 residents of Son Loi to remain under lockdown for 20 days, after more cases were confirmed.

“The country has activated its response system at the early stage of the outbreak, by intensifying surveillance, enhancing laboratory testing, ensuring infection prevention and control and case management in healthcare facilities, clear risk communication message, and multi-sectoral collaboration,” Park, the WHO official, told Al Jazeera.

“There’s no medication for this virus yet. We rely on fundamental principles,” Nguyen Thanh Long, deputy minister of health, said at a news conference in Hanoi in early February, after 10 cases were reported.

Healthcare workers have been instructed to follow some protocols to assess the infection and the level of severity. 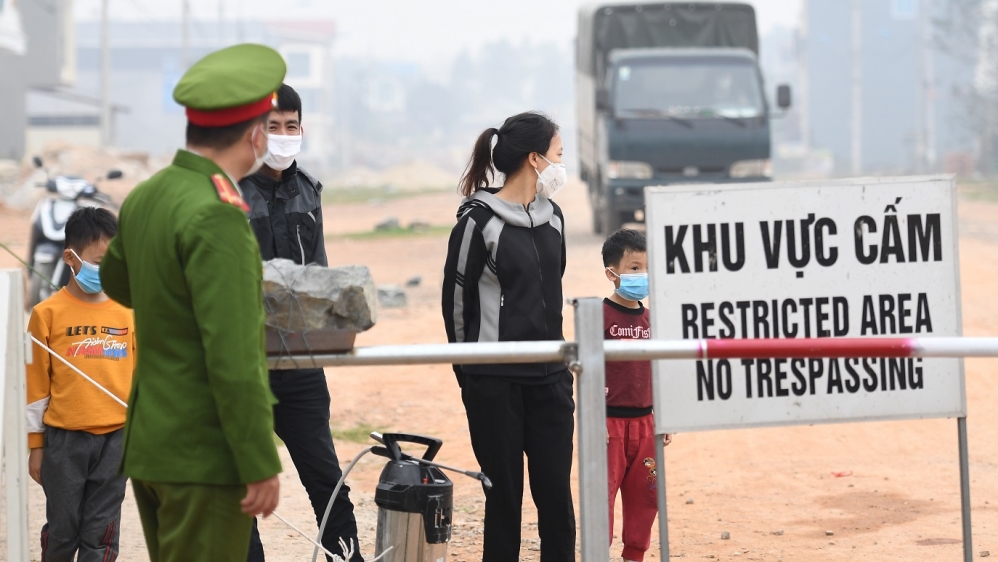 On February 13, the Health Ministry ordered all 10,600 residents of Son Loi to remain under lockdown for 20 days in an effort to contain the spread of the coronavirus [File: Nhac Nguyen/AFP]

First, the doctors are required to treat the symptoms, like fever. Second, the patients are placed on a strict, nutritious diet.

The third step, according to Nguyen, is to closely monitor the oxygen saturation level in the blood of the patients.

While efforts were made to eliminate infections behind hospital doors, Vietnam has also suspended classes, extending school breaks to protect students. Millions of students in 63 cities and provinces in Vietnam have not been back to school since the beginning of the Lunar New Year celebration.

Deputy Minister of Education and Training Nguyen Huu Do said during a meeting on Tuesday that, “the safety of students must be placed above all”, according to the education ministry’s website.

The ministry has instructed schools to disinfect classrooms before students resume their classes.

Teachers and staff have been asked to remind students about proper hygiene like hand-washing, and carry out temperature checks on students upon their arrival. Schools are also required to prepare health forms used to monitor students. 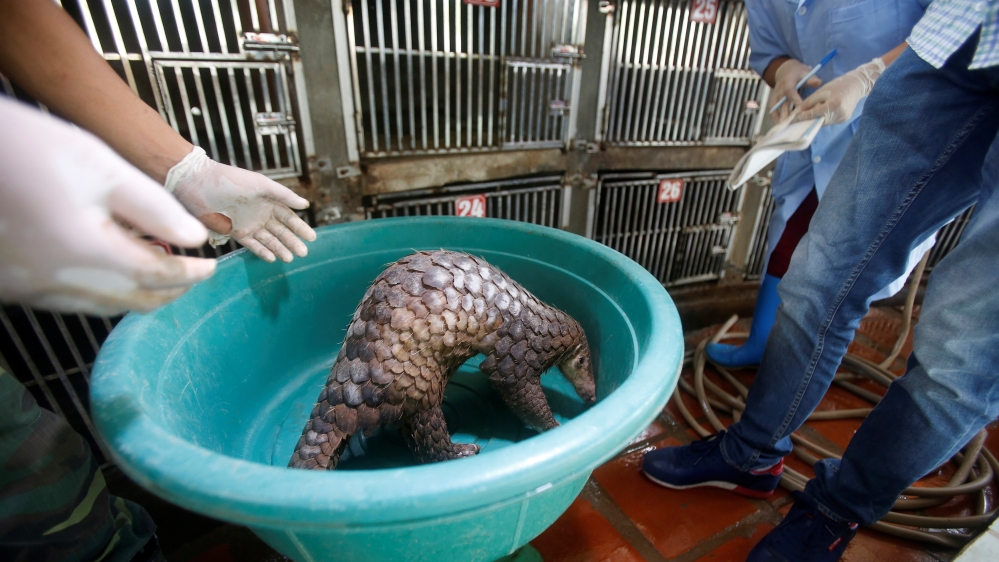 A document from the education ministry, issued on Thursday and seen by Al Jazeera, instructed authorities to allow students to return to school on March 2 “if the COVID-19 situation is well-controlled and there are no further complicated developments”.

Students up to the secondary education level were given another week or two off school.

While Vietnam has contained the virus well to this point, some believe that more needs to be done, especially with wildlife trade.

Vietnam, a hotspot for wildlife trafficking and consumption, has also ramped up measures in this regard.

The Forest Protection Department also temporarily prohibited the transport of wild animals out of Vietnam until further notice, according to an official document released two weeks ago.

How these directives are being implemented and how much action has been taken to address the root causes remains unclear, however, said Dr Ben Rawson of World Wildlife Fund in Vietnam.

“There is currently no direct ban on consumption of wildlife, which is the driver for illegal transport and illegal trade within the provinces,” Rawson told Al Jazeera.

Illegal markets, restaurants and farms, where animals are caged, slaughtered, stored and served to buyers with no proper hygiene, may be largely unaffected by actions so far, as “it may not involve movement of wildlife across provincial borders which is restricted,” he noted.

While Vietnam has managed to contain the virus, for now, the country should not lower its guard, given the spread of the infection elsewhere, like South Korea, authorities said.

Since South Korea became the biggest coronavirus centre outside China, Prime Minister Nguyen Xuan Phuc has ordered a ban on travellers from there.

On Friday, Vietnam announced a temporary suspension of visas for South Korean nationals starting on Saturday. 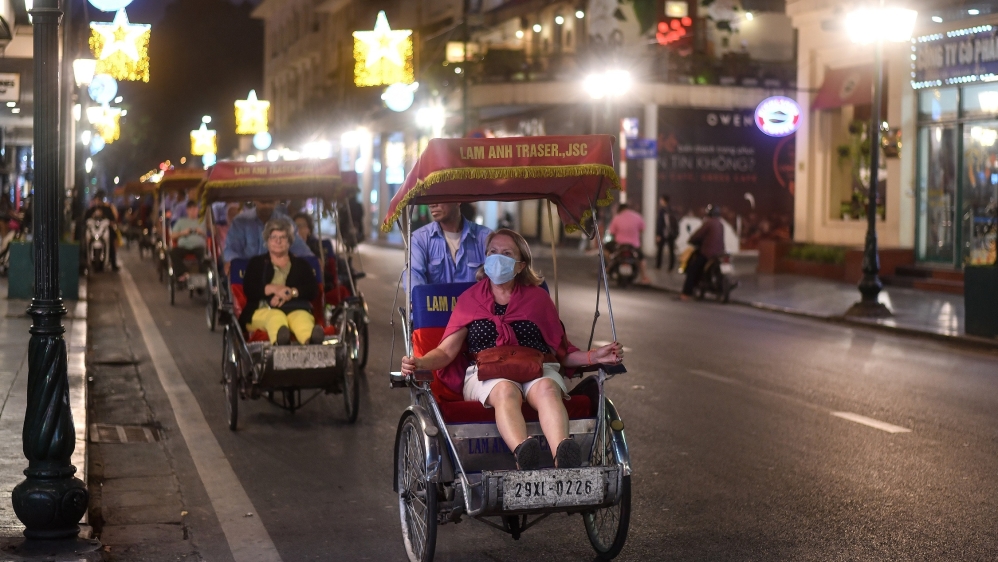 At the same time, Vietnam announced that Iranian and Italian travellers will be subjected to a 14-day quarantine upon arriving in the country.

WHO has declared a global health emergency over the virus, and on Friday, the UN health agency said it is is “getting bigger” by the day.

Park of the WHO in Vietnam said the fight against the virus in the country is “far from over”, sounding the alarm on the increasing global transmissions.

“We are at a critical juncture in the outbreak. Countries, including Vietnam, should use this time to prepare for the possibility of wider transmission.”

Financial sector clean up: 84% of depositors ...