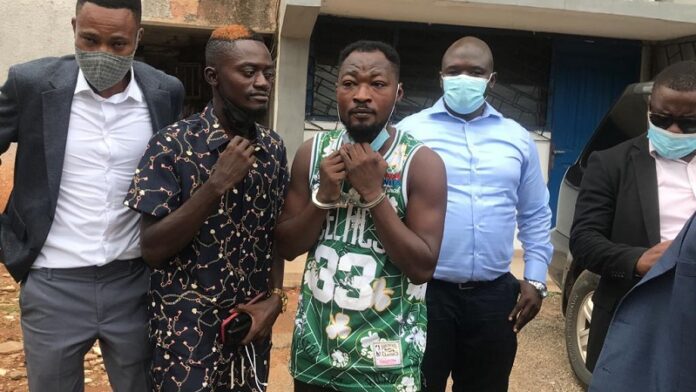 The Kaneshie District Court has referred comedian, Funny Face to a psychiatric hospital for re-examination.

Born Benson Nana Yaw Oduro Boateng, the actor was charged with one count of threat of death and arraigned before court presided over by Kofi Oheneba-Kuffour.

Making his first appearance before the court on Wednesday, the ‘Cow and Kitchen’ star was not allowed to plead to his charge due to his behaviour.

The comedian who represented himself claimed he has asked his legal counsel not to come because he caused his own problems.

But the Prosecution led by ASP Sylvester Asare told the court not to heed the accused person’s plea because they suspect he is mentally unstable.

Oheneba-Kuffour, after hearing the prosecutor and defendant, directed that the accused person be sent for a psychiatric re-examination.

The case was subsequently adjourned to Wednesday, November 10.

Police on Monday arrested the comedian for threatening the lives of some individuals in a video on social media.

On Sunday, October 17, Funny Face, in a video, noted that he will take the life of Vanessa Nicole, mother of his children, and commit suicide thereafter.

Following this, the Police, in a post on Facebook, noted that its team, after apprehending Funny Face, will have him before a court and secure an order for psychiatric examination.

DISCLAIMER: The Views, Comments, Opinions, Contributions and Statements made by Readers and Contributors on this platform do not necessarily represent the views or policy of Multimedia Group Limited.
Tags:
Benson Nana Yaw Oduro Boateng
Funny face
Kaneshie District Court