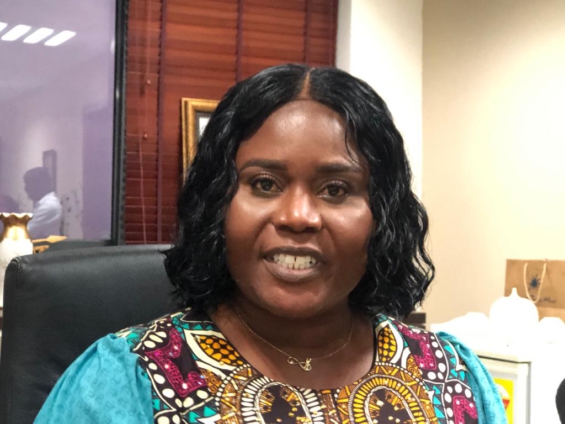 The Sekondi Commercial Court ‘A’ has withdrawn an earlier bench warrant it issued for the arrest of the Jomoro MP, Dorcas Affo-Toffey.

On Monday, the Court presided by Justice Sedina Agbemava issued a warrant for the legislator’s arrest, following her failure to appear in court over contempt charges.

But during proceedings on Thursday, the Court rescinded its decision following the arrival of the MP in court.

Speaking to the press after the proceedings, lawyer for the MP, Edudzi Tamakloe, said he was grateful for the court’s decision.

“We moved the court prayerfully to rescind the warrant of arrest. The court graciously acceded to our prayer, and the warrant stands rescinded.

“In the wisdom of the court, there was no basis to have the warrant still subsisting, and we are grateful to the court”, Edudzi Tamakloe said.

Appearing in court on Thursday, the MP was flanked by her lawyer, Edudzi Tamakloe, and the Member of Parliament for the Ellembele constituency, Emmanuel Armah-Kofi Buah.

Dorcas Affo-Toffey’s trial is pursuant to an action by Joshua Emuah Kofie. The latter has accused the MP of having dual citizenship before the 2020 presidential and parliamentary elections.

Regarding the continuation of the said trial, counsel for the accused, Edudzi Tamakloe, indicated that the Court has agreed to continue proceedings in February, 2022.

“For the substantive application to be moved on the contempt case, we have agreed to come back on February 16, 2022”, he disclosed.

Meanwhile, some members of the National Democratic Congress have linked the trial to attempts by government to frustrate the MP to gain an additional seat in Parliament if the Court deems her unfit to be an MP.