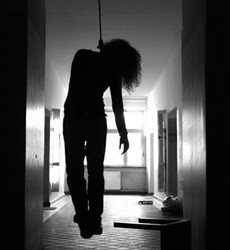 A Kumasi High Court, presided over by Justice Jacob Bawine Boon, has sentenced two people, a porter, and a farmer, to death by hanging for murder.

Yaw Dauda and Razak Achino had shot dead Alice Dunt, for giving evidence against their relative, jailed for robbery.

They were found guilty of charges of conspiracy to commit murder and murder.

They had both pleaded innocent.

An Assistant State Attorney, Mrs Marie-Louis Simmons, told the court that the convicts and the deceased lived in the same neighbourhood at Ejura in the Ejura-Sekyedumasi District.

A relative of Dauda and Achino had been arraigned for his involvement in a robbery case and Alice testified for the prosecution, leading to his incarceration.

They vowed not to forgive her and on May 26, 2009, at about 0200 hours, Dauda and Achino together with another person on the run, armed with guns, attacked the house, where the deceased was living with the husband.

They first broke into their rooms and held the occupants hostage as they demanded to be shown, where Alice was hiding.

The Assistant State Attorney said one of the terrified hostages gave her out and they shot her in the abdomen, screaming “you gave evidence that has sent our brother to jail”. They fled after the odious crime.

Alice was rushed to the Komfo Anokye Teaching Hospital (KATH) where she died of her wounds.

She said Dauda and Achino were identified when they were paraded alongside other suspected criminals arrested in a police swoop at Ejura on July 23, barely two months after the shooting.