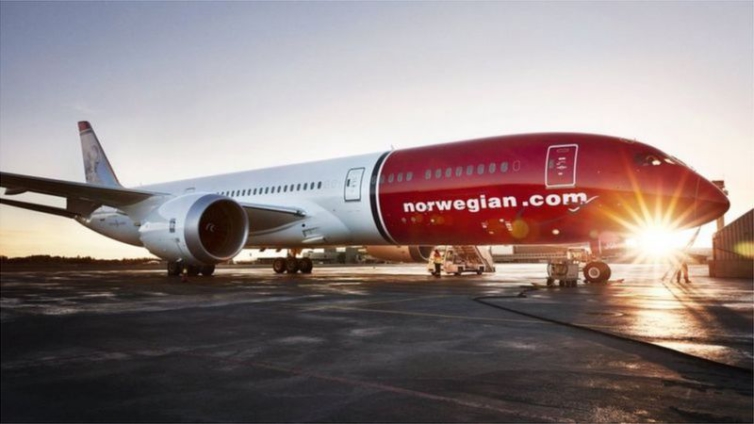 Struggling airline Norwegian Air faces a battle for survival after the Norwegian government said it would not provide further backing.

Extra loan guarantees would be too “risky” and “not defensible”, the country’s government said.

The airline said it faced a “very uncertain future” with “ventilator support” needed to survive the winter.

Norwegian Air said in August it would run out of money in the first quarter of 2021 without extra cash.

The airline, which like the rest of the sector has been hit hard by the coronavirus crisis and has grounded most of its fleet, has been holding talks with the government to try to gain more backing.

“The fact that our government has decided to refrain from providing Norwegian with further financial support is very disappointing and feels like a slap in the face for everybody at Norwegian who is fighting for the company when our competitors are receiving billions in funding from their respective governments,” said chief executive Jacob Schram.

“The company and the board will turn every stone to get through this situation,” Mr Schram told a news conference, noting that Norwegian has not run out of cash yet.

“But we need ventilator support to get through the winter,” he said.

Norwegian shares plunged on Monday morning, extending their drop this year to a 99% fall.