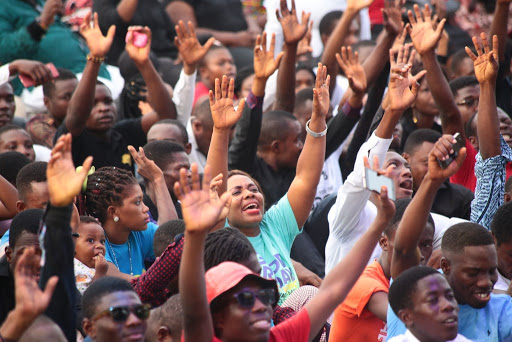 The Ghana Medical Association (GMA) is calling on government to impose restrictions on social gatherings as the surge in active Covid-19 cases persist.

In a press statement cited by JoyNews, Monday, the GMA President, Dr Frank Ankobea insisted that with the current trend where an average of 600 persons tested positive for the virus a day, a review of the imposition of restriction is inevitable.

The non-adherence to the Covid-19 preventive measures, according to him, has the potential to further escalate the spread of the disease hence, government should impose stricter measures in the fight against the pandemic.

“Government should as a matter of urgency restrict social activities such as parties, church services, funerals, clubs and other social gatherings of such nature. The markets should be regulated and as much as possible restricted.”

Speaking on the surge of Covid-19 cases, Mr Ankobea also pleaded with government to restrict the number of people attending the state funeral for the late former President Jerry John Rawlings.

He advised that citizens should be encouraged to follow proceedings on the television and other social media platforms.

Former President Jerry John Rawlings will be laid in state on Monday, January 25, and Tuesday, January 26, at the Accra International Conference Centre for various interest groups and members of the public to have an opportunity to pay their last respects.

His comment comes after the Ghana Health Service (GHS) confirmed that the Covid-19 virus has now spread to all 16 regions of the country, with Greater Accra, Ashanti and Western Regions being the biggest hotspots.

Currently, an additional 679 persons have been infected with the virus bringing the country’s total confirmed cases to 60,794. As it stands, the country has 3,286 active cases with 367 fatalities.

The president of GMA insisted on the severity of the pandemic which he believes “has a potential of further weakening our already fragile health systems.”

To avert restrictions on social gatherings, Mr Frank Ankobea called on all and sundry to respect and adhere to the Covid-19 safety protocols that have been somewhat abandoned by many in the past few weeks.

“Once again, each and everyone should take their personal safety into their own hands by adhering to all the covid-19 safety protocols,” he said.