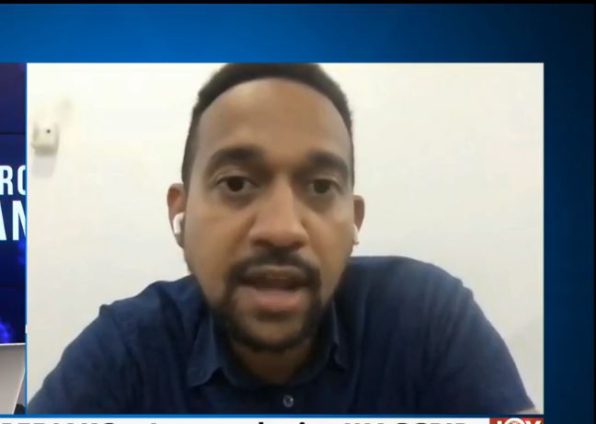 Immunologist, West African Centre for Cell Biology of Infectious Pathogens (WACCBIP) at the University of Ghana, has opposed the European countries red-listing countries with cases of Omicron variant of Covid-19.

According to Dr Yaw Bediako, the European countries engaged in the red-listing should rather consider stiffening surveillance at the airports.

This he said is a better approach to curb the spread of the virus in Ghana.

“I don’t think we need to do travel bans or red-listing. I mean if you even look at the countries that are doing red-listing, there is no logic to it,” he said on PM Express.

This comes after a travel ban was imposed on South Africa and its neighbours by some European countries over the new coronavirus variant, Omicron.

Dr Yaw Bediako said the application of travel bans on South Africa after reporting that an Omicron variant had been detected in their country is “a clear inequity in how these bans have been applied.”

“You know you ban South Africa but you don’t ban Belgium but they have both reported a case… I think there is a lot of criticism in the international media about the seemingly racist application with the red-listing or bans,” he stated

“South Africa has been duly penalised for being the country that … Omicron did not emerge in South Africa they just found it because they have a very sophisticated sequence surveillance system. It actually appears that there is evidence a couple of European countries had actually detected it sooner but had kept quiet but South Africa does the right thing, reports to the WHO and then they paid a price,” he added.

He noted that the fact the United Kingdom had reversed their travel ban decision to South Africa affirms his point that it was not based on ‘science.’

According to him, Ghana’s decision to stiffen surveillance at the airports insisting that PCR tests are done for every traveler is in the right direction.

“I think that it is the best we can do, red-listing, you can never completely stop the virus and you have to balance a lot of factors when you are thinking of what measures to take. I think doing anything more than what we are currently doing would be counterproductive and would not necessarily provide any further production,” he insisted.

He also suggested that immunisation be ensured as a means to enhance our defenses as a country to avoid the risk of being infected.

Meanwhile, Director of Health Promotion and Leader of Covid-19 Risk Communication at Ghana Health Service, Dr Aboagye Dacosta have given health workers across the country an ultimatum to get vaccinated by the end of December.