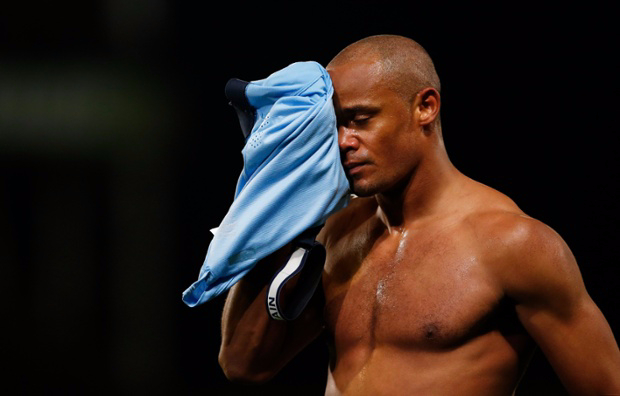 Manchester City's grip on the Premier League title was loosened further after a controversial Glenn Murray goal put Crystal Palace on the way to a 2-1 victory.

Murray fired Palace ahead in the first half, despite both he and Scott Dann appearing to be offside, and Jason Puncheon crashed in a superb second to deal what looks to be a fatal blow to City's already slim hopes of retaining their crown.

The fading champions pulled one back through Yaya Toure but are now nine points adrift of leaders Chelsea, having slipped to fourth place following wins for Arsenal and Manchester United over Easter.

So poor is their current form — three defeats in five matches — that City have suddenly found themselves as the team Liverpool and Tottenham will be eyeing up as they attempt to steal fourth spot and, unthinkably, deny them a Champions League place.

By contrast it was another big scalp and a memorable night for Palace, whose revival under manager Alan Pardew shows no sign of letting up.