CSIR to get commercialization centre - MyJoyOnline.com

CSIR to get commercialization centre 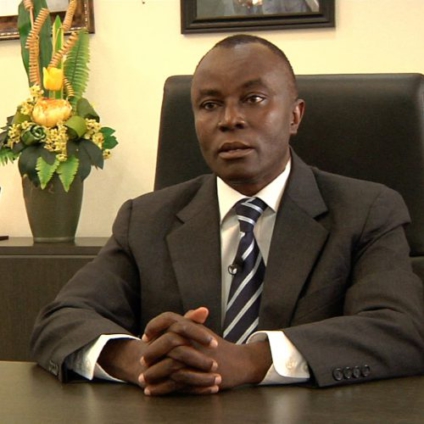 The Council for Scientific and Industrial Research (CSIR) will soon have a commercialization centre to market its technologies.

This was revealed by the Director-General of CSIR, Prof. Victor Kwame Agyeman.

Speaking at the maiden edition of the CSIR Administrators Association of Ghana (CAAG) Delegates Conference at Kwadaso, he said discussions have already been held with the Presidency in this regard.

The conference is under the theme, “Sustainability of commercialization, research and development in CSIR in Covid-19 era and beyond-the role of the CAAG.”

Prof. Agyeman observed that most staff of the organization are not business-inclined.

The Commercialisation Centre is modeled on the Ghana Sumatra Limited model. This is a subsidiary of the Council which oversees the distribution of oil palm seeds.

The Centre, which will be supervised by a private individual, will have branches in Kumasi, Accra and Tamale.

“CSIR staff are not the appropriate body to carry out commercialization. So we need to have a private arm. For any commercialization to work, it has to be outside the CSIR system, but It’s still part of the CSIR.

“We will start by employing someone from the private sector who will be paid by the IGF. All the marketing staff will be moved to the Centre.

“The Minister has discussed with His Excellency the President,” he said.

He said although within four years, all the marketing staff will be moved to the Centre, the Commercialization Unit of the Council will not be phased out.

“All the marketing staff will be moved to this new unit. But if you don’t want to move you’ll still be at the Commercialization Unit,” he added.

The President of CAAG noted that the unfair disparities in the salary structure of retired and active members are still yet to be addressed.

“Our fight for befitting status for both staff in active service and those on retirement started when officially, a 24-point petition was levelled against the Fair Wages and Salaries Commission (FSWC).

“It must be stressed abundantly clear that this action was taken when several appeals to FSWC from 2012 to 2018 to rectify the wrong placement of CAAG members on the Salary Structure and determination Market premium failed.

“I should also add that a job re-evaluation exercise was conducted in January, 2016 and as can be everyone’s guess, the outcome was not in our favour,” he added.