Dela Sedode: How H. Kwasi Prempeh got it spectacularly wrong on spousal allowances 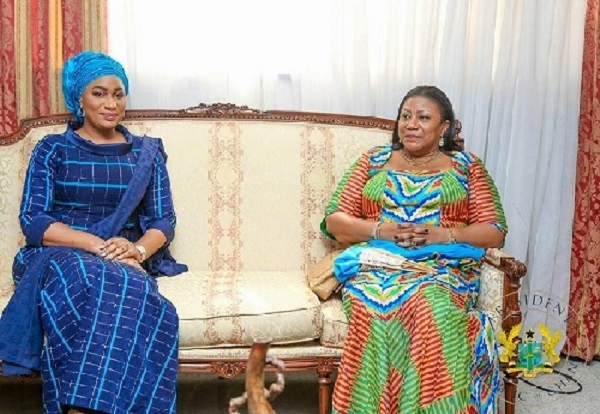 Let me confess. Upon reading H. Kwasi Prempeh, the venerated law Professor’s view on the raging issue of spousal emoluments, I figured, that maybe, there was something government could have interrogated better.

And then, I cross-checked the facts. I was shocked by how H. Kwasi Prempeh, the Executive Director of the Centre for Democratic Governance (CDD Ghana) either willfully got it wrong or had genuinely missed the relevant recommendations of Professor Yaa Ntiamoa-Baidu report.

Kindly allow me to share my thoughts on why I believe in all humility that H. Kwasi Prempeh and all those who are up in arms against this move to regularize spousal allowances are in the wrong.

This is the main anchor of Professor Prempeh’s argument. Well, the legal luminary got it all wrong right off the bat. How so? The Professor Ntiamoa-Baidu Committee expressly stated that the spouses of the President and his Vice were not article 71 holders hence, could not be paid salaries. The committee rightfully did not recommend that they are paid salaries or emoluments.

What is the Difference?

Well, it is very simple. The First and Second Ladies and past bearers of that privilege are not the ones who are subject of the payments. They are however, the ones intended to be catered for by the payment. An example is the bodyguard or Police escort of a Minister of State.

That bodyguard is not an Article 71 holder. However, he receives allowances for being the bodyguard of the Article 71 holder. So, the wives of the President and Vice President will then, receive allowances on the basis that their husbands are the topmost public officials in our land. In the corporate setting C-Suite Executive staff are giving allowances for all manner of things including school fees of their wards. The money is given to say the Chief Executive Officer of the company to pay the fees of their wards. It is for the benefit of the children but they themselves are not the CEO hence cannot be described as office holders.

According to Nana Ato Dadzie, the Former Chief of Staff under the NDC, it was actually President Rawlings who began the thinking that the First ladies both present and past should be put on some monthly allowances.

Apologies to all propagandists but this is not an Akufo-Addo creation.

In fact, the Professor Ntiamoa-Baidu Committee observed; The administration of President Kufuor introduced the extension of courtesies including, the payment of monthly allowances to spouses of former heads of State/Presidents /Vice Presidents.

The Mills and Mahama administrations subsequently, extended it to the spouses of Vice Presidents. So again, we note that this is not an Akufo-Addo policy. The payments were being made, but not regularized. What the 7th Parliament sought to do was to officially regularize it as a cost center in the perks given to the President and Vice President and not sheath it in some “silent payements”.

The rationale for the payment seems to resonate with me. Were Professor H. Prempeh to become President H. Prempeh someday and assuming he was married, by some convention his wife would stop working. Though she would be unelected, she would be expected again, by convention to be seen and heard on pertinent issues relating especially, to women, children and human rights.

The out-of-work wife would now be expected to also, look elegant and presentable as the “Mother and Role Model” of the nation. She would channel her energies into charitable causes and be travelling everywhere without an upkeep budget.

Now, will it not be unfair for the First Lady to totally depend on her husband for everything she buys or every dress she wears? And all this while, the husband would not have been given a line item in his salary that caters to these needs. It is a bit of an ask and that is why in the United States, for instance, the clothing allowance for the First Lady is $ 100,000. Whew!

Even more poignant is the consideration of when the husband passes into eternity. Consider former First Ladies Ernestina Naadu Mills and Mrs Amissah Arthur, both surviving spouses of a former Vice President and President who served at various stages with President Mahama. Were it not for these ‘discrete’ payments, I am sure we would not be proud of ourselves as a nation for the state of our former First/Second Ladies whom we held in high esteem.

Where do we go from here?

The NDC parliamentarian for South Dayi constituency Rockson-Nelson Dafeamekpor has filed a suit at the Supreme Court to challenge the constitutionality of the recommendations and have them reversed.  In fact, Bono Region New Patriotic Party(NPP) Chairman, Kwame Abronye has also filed a suit asking for the same things.  This is a good move for our democracy as we seek to establish clearly what the way forward is.

While we wait for that, we have to be clear in our minds what this is not.

It is definitely, not an attempt by the ruling class to smuggle in payments for their wives as alleged by the brilliant Professor Prempeh. It is also, not an attempt to feed off the largesse of the country, but a recommendation to address a pertinent matter that had been previously not looked into.

Is this not ridiculously misogynistic that competent women like the First and Second Ladies will only be given allowances on the back of the positions of their husbands?

This issue must be debated taking into cognisance why the United States, for instance, pays all these allowances to their First Ladies, a practice which has been replicated in many places in the world, and how it has become part of the governance architecture. We can only learn from the best.

By the way! I am a huge fan of H. Kwasi Prempeh and will continue to be.

DISCLAIMER: The Views, Comments, Opinions, Contributions and Statements made by Readers and Contributors on this platform do not necessarily represent the views or policy of Multimedia Group Limited.
Tags:
Dela Sedode
H. Kwasi Prempeh
spousal allowances