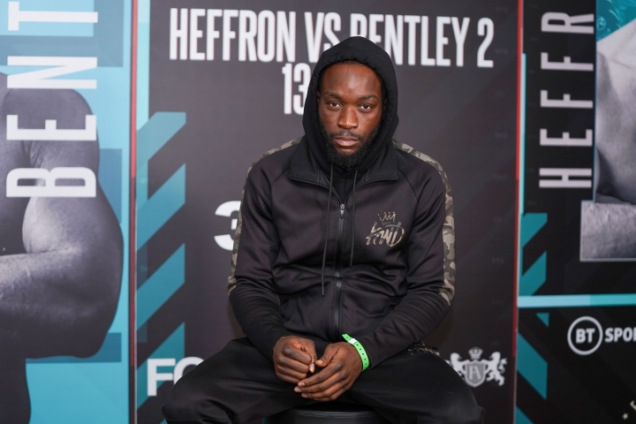 After suffering his first career defeat to Commonwealth middleweight champion, Felix Cash, Ghana’s Denzel Bentley, a.k.a Denzel Ntim-Mensah, is focusing on bouncing back.

He also took to his Instagram page to apologise to the fans saying “I tried to step up and fell short. I’m sorry to everyone I let down but most importantly I let myself down. It’s a hard sport and I was on the wrong end of it tonight.”

Bentley’s troubles began early in the first round when he was caught with a number of straight jabs from Cash’s swift left to his head.

Cash was the more effective boxer in the round, pinning Denzel to the ropes on a couple of occasions and delivering some combination shots as well.

The Ghanaian did well to shuffle and move around the ring to keep Cash at bay but the Brit remained focused and kept applying the pressure.

In the second Cash kept his composure and released his shots in succession when Bentley stepped forward. The latter was the less defensive while Cash kept his guard up.

The Brit had the better of the round steadily stalking his Ghanaian challenger around the ring. While his volume power punches landed on Bentley in round one were relatively lower but still commanded the points in the round.

The Ghanaian who went in as the British middleweight champion used his stance to keep Cash, the Commonwealth Champion at bay with the usual movements and countable swerves but still not enough to get him the round.

Denzel Bentley resumed the third with bigger confidence and composure and employed his usual movement with occasional throws of his left to Cash’s body while landing some decent right hooks.

But once again it was the Brit who showed superior wit and skill. One minute and 59 seconds into the round, Cash delivered his best overhead right yet on an unguarded Bentley’s head. It dazed the latter while the champion positioned himself to deliver a chain of stinging combinations. In the process, referee Victor Loughlin had to step in to save Denzel from further punishment.

On his Twitter handle after the fight, Bentley said “I appreciate all the love and I can accept the criticism. Felix did his thing and Ref did his job. I can’t complain. It is what it is and I will be back.”

The 28-year-old annexed the British middleweight title after deafening Mark Heffron in November last year. By last Saturday’s loss, the Ghanaian also lost his British national title to Felix Cash, while his record now sits at 14 wins one loss and one draw.

DISCLAIMER: The Views, Comments, Opinions, Contributions and Statements made by Readers and Contributors on this platform do not necessarily represent the views or policy of Multimedia Group Limited.
Tags:
Denzel Bentley