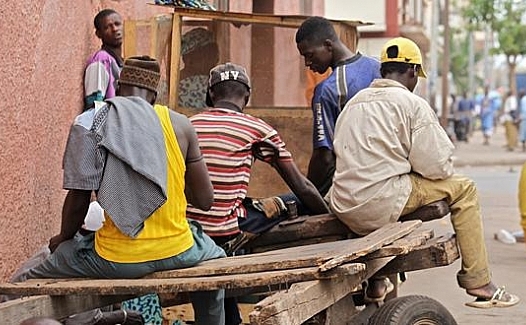 The Ghana National Association of Teachers (GNAT) has called on government to address the developmental challenges in rural communities, to prevent indigenes from falling prey to enticements from terrorists.

According to the group, the existing developmental gaps in rural areas can be exploited by terrorists to foment trouble in the country.

On Tuesday, May 24, 2022, government launched an awareness campaign dubbed, ‘See something, Say Something”. The move was to put Ghanaians on high alert against terrorist activities.

Following the launch of the campaign, they have been engaging stakeholders, the latest being a forum with the Ghana National Association of Teachers.

Speaking at a forum by the National Security on Thursday, the President of the Association, Reverend Isaac Owusu, stressed that in the absence of social amenities amongst rural settlers, terrorists can persuade the deprived indigenes to do their bidding.

“It’s very important for us as a nation to look at how we’re distributing the national cake. In fact, if you take Ghana as a whole, and looking at the distribution of the national cake, you could see that some people are not happy; especially if you look at those working within the deprived areas of this country, the social amenities are not there”, he added.

General Secretary of the Association, Thomas Musah also reiterated that government must ensure the welfare of teachers and students to prevent them form being enticed by offers from terrorist groups.

“There’s a scripture in the Bible that says that don’t let me become poor so that I’ll be tempted. So temptation is everywhere. Even in the Lord’s prayer, we say that lead us not into temptation, but deliver us from evil. Temptation is always with us and evil is always present.

And the only way that we can help get our children protected is by providing them the basic necessities of life. So some things like feeding, the infrastructure and basic things that will help them live their normal live, particularly in underserved communities, I believe that they should be provided.

Because if we don’t do it, and an individual comes in to provide these things for them, certainly that particular individual can end up indoctrinating them and whatever the person tells them, they’ll end up doing it and that will not be safe for us”, he explained.

On his part, the National Coordinator for the National Security, Major General Retired Francis Adu Amanfo, also underscored the role of teachers in nation building and emphasised the need for teachers to be well motivated to reduce the risk of persuasion from terrorists.

“Implicitly, without teachers, the development of a nation’s human capital, will be nonexistent; a situation which will lead to high illiteracy rate, high unemployment and an unskilled and dysfunctional society. And certainly, these are the core factors of national security of the stability of any nation.

If we lack all of these, our nation stands to lose and stands a big risk. If we can preserve our peace and stability, we can be assured of an enabling environment so that you and I can go about our routines and normal duties with peace and tranquility’, he said.