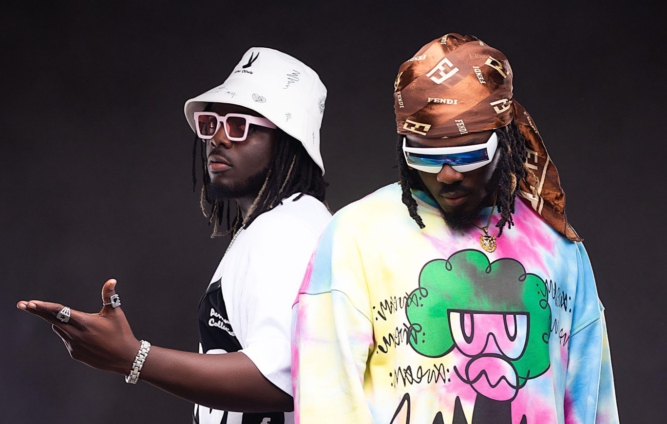 Five years after their first appearance in the music industry, music duo, DopeNation has released their debut album titled, ‘Atta’.

‘Atta’ is a 13-track body of songs that reflect the journey of the twins, how they started as music producers and their gradual climb to success.

On the album, DopeNation also opens up on where they are, and where they are heading to, with such great talent. ‘Atta’ is a musical story every ear will find worth listening to.

‘Atta’, meaning “Twins” in the Twi dialect, refers to the two of them – identical twin brothers, Michael Boafo popularly called B2, and Tony Boafo, known as Twist.

The 13 track masterpiece features heavy hitters with the likes of Shatta Wale who the Twin-musicians have produced multiple hits for, E.L their Godfather who has been there for them since day 1, Legendary King Ayisoba and Adelaide The Seer.

All songs on this Album were produced, mixed and mastered by DopeNation.