Dortmund lose ground on rivals Bayern after defeat by Cologne 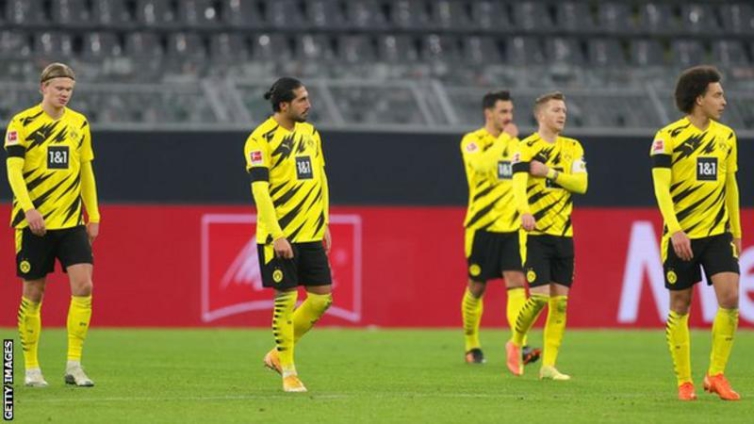 Borussia Dortmund lost ground on Bundesliga leaders Bayern Munich as they fell to defeat against Cologne.

Ellyes Skhiri scored twice for the visitors, who earned a first win of the season and put an end to an 18-game winless run in the competition.

Tunisia midfielder Skhiri’s goals came as he was left unmarked at the back post from corners in either half.

Thorgan Hazard responded for Dortmund but Lucien Favre’s side failed to find a late equaliser.

Favre once again brought on 16-year-old Youssoufa Moukoko, who became the youngest person to play a professional match in Germany with his appearance last weekend, with 22 minutes remaining.

Erling Braut Haaland – scorer of four second-half goals in that 5-2 win over Hertha Berlin – shot wide in the closing stages as he failed to add to his tally of 23 goals in his first 22 Bundesliga matches on this occasion.

Dortmund face Lazio in their penultimate Champions League group stage match on Wednesday, requiring one point from their final two games to advance to the last 16. A win against Lazio would see them claim top spot in Group F.