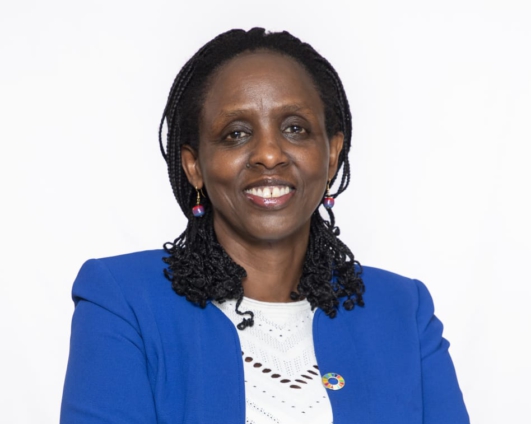 The food price crisis of 2007-2008, Covid-19, the Russia – Ukraine War, and climate change have exposed the fragility of food systems. The greatest risk lies in refusing to learn from lessons of the past.

At the start of 2022, we were already facing the prospect of a food crisis. Even before the first Russian tank rolled across Ukraine’s borders on 24 February, food prices had tipped record highs as the world struggled to recover from Covid-19 to repair disrupted supply chains and soaring fuel and gas prices.

But a conflict involving two of the world’s largest wheat exporters, and major producers of fertilizer, maize and vegetable oil, have inevitably driven prices even higher and, once again, pushed the issue of global food security into sharp focus.

Russia and Ukraine together account for roughly 30 percent of the world’s wheat and barley exports, a fifth of its corn trade, and almost 80 percent of sunflower oil exports.

Most of their wheat production is imported by countries in the Middle East and Africa, with some 50 countries depending on Russia and Ukraine. Warfare, port blockades and international sanctions have reduced these exports, and supply uncertainties have already pushed wheat prices to around $11 per bushel, a level last seen in 2008. The FAO food price index soared last week to a record high.

The situation is further compounded by rising energy prices, and disruptions to the supply of fertilisers, the prices of which are already fluctuating at levels unseen since the global financial crisis because of higher gas prices.

Russia and Belarus produce more than a third of global potash. Russia is also the world’s biggest exporter of fertilizers and the war with Ukraine has disrupted the export of fertilizers and driven up prices for natural gas, which is an important ingredient of nitrogen-based fertilizers.

Fertilizer prices (DAP) are surging towards 1000 USD per ton, with a significant increase in the last 6 months, and a 40% jump since the invasion. This will hurt rich and poor farmers alike, due to the clear link between rising costs and reduced production.

The US-based Center for Global Development estimates that higher food and fuel prices will push 40 million more people into extreme poverty. Lower-income households, who were already spending between 60 and 80 percent of their earnings on food, face stark choices, including how many meals to eat in a day.

In Tunisia, the fear of food shortages combined with the imminent arrival of Ramadan caused panic buying and emptied supermarket shelves. Kenyans are protesting rising food prices on social media with the hashtag #lowerfoodprices.

Thousands of maize farmers in Ethiopia have been protesting soaring fertilizer prices. And let’s not forget that it was rising food prices that led to the 2019 Sudan coup and the Arab Spring rebellion of 2008.

The food crisis of 2007-8 suggests important lessons for us to mitigate a food crisis this year.

First, remember that cooperation between countries matters, sending important signals to markets that governments and the private sector take the problem seriously.

Second, take concerted action to trade more, easier, faster. Allow food to be traded and attack non-tariff barriers that are the most serious limitations to trade.  Africa has shown leadership in the creation of the African Continental Free Trade Area – these principles must be fast-tracked to allow as friction-free trading system as possible.

Third, governments and development partners should urgently plan for the social and humanitarian consequences of a food crisis.  Social safety nets should be strengthened at least temporarily, and humanitarian aid planned for the most vulnerable.

Last and perhaps most importantly, governments and partners must go back to basics: that African economies and livelihoods are built on agriculture. More than 70 percent of the population is involved in farming, but the vast majority of these are smallholdings with significant exposure to environmental and economic shocks.

These farmers and their contributions can be transformed by shorter value chains that share some of the value with farmers, a digital revolution that puts farmers, and strong government agenda and support.

African farmers, if given the opportunities that their European, Asian, and North American counterparts have, can increase massively their productivity and grow their businesses.  An emergency plan to build support for farmers now can send important signals to markets and increase production this year.

Give farmers access to productive, climate-smart seeds, the knowledge they need to become more productive, and innovative financial tools to invest.  Then help them get their products to market. Proven models are already used by many partners – millions of farmers can be lifted quickly in this way.

At the same time, soaring fertilizer prices must be addressed with urgent action to increase efficiency.  AGRA has promoted technologies that can reduce cost to the farmer including the use of blended fertilizers, as we already see in Kenya, Uganda and Rwanda.

The same is true in the use of micro-dosing. Both give much more ‘bang for the buck’ and can be much more environmentally friendly. This is also an opportunity to promote greater use of farmers’ traditional practices of regeneration and organic fertilization.

This is the time for African governments to give a strong signal of support to the agriculture sector.  Start by reducing redundant regulation, and support SMEs and farmers’ cooperatives with credit guarantee programmes.

The writer is the President of AGRA (the Alliance for a Green Revolution in Africa).