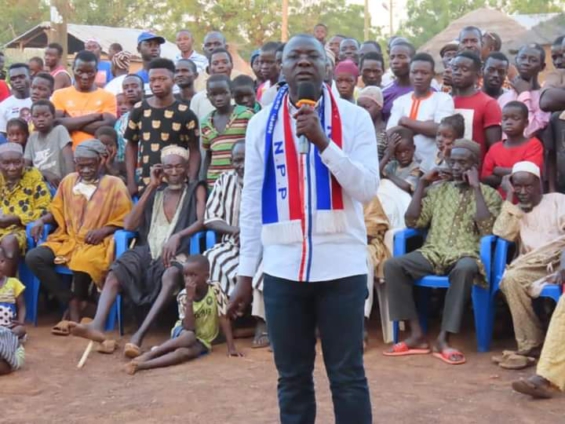 The Deputy Energy Minister, Dr Mohammed Amin Adam, has made history as the first NPP candidate to win the Karaga parliamentary seat since it was carved out of Gushegu ahead of the 2004 elections.

This win came as a shock to many in view of the fact that the constituents in Karaga have always stayed loyal to the NDC.

NPP’s Baba Wahab who was contesting for the second time lost with 13,17 votes which constitute 42.88% of the votes cast.

In 2016 the NDC’s Parliamentary candidate Alhassan Sualihu Dandawaa who was contesting for the second time polled 15,820 votes (48.57%).

But the tables turned in 2020 with the NPP’s Dr Amin Adam winning with 59% of the votes cast.

NDC’s Alhassan Sualihu Dandawaa who has been contesting since 2012 lost the seat with 41% of the votes cast.

The constituents who spoke to JoyNews attributed his win to the massive development he has brought to the area as a parliamentary aspirant even before his win.

They named the construction of dams, the sinking of boreholes, the support to women farmers, Karaga street lighting system as some of his projects.

Some of the constituents also named his lobbying skills which earned the constituency the ongoing construction of a new Senior High School and astroturf.

Karaga was tipped as one of the hotspots in the Northern Region because of the keen competition between the two biggest parties in the country.

This tension led to several clashes between the two political parties leading to several injuries which marred the otherwise peaceful elections.

DISCLAIMER: The Views, Comments, Opinions, Contributions and Statements made by Readers and Contributors on this platform do not necessarily represent the views or policy of Multimedia Group Limited.
Tags:
Dr. Amin Adam
Election 2020
Karaga