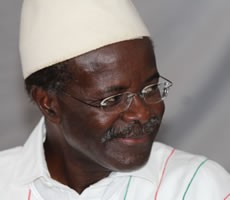 The Convention People’s Party’s 2008 flag bearer, Dr. Papa Kwesi Nduom, has over the past few weeks met with CPP members in some constituencies across the Nation, during which he has helped commission party offices and reaffirmed his earlier pledge to help open 60 functional constituency offices country-wide to contribute to the rejuvenation of the party from the grassroots. To this point, Dr. Nduom continues to be one of the leading members of the CPP who has single-handedly committed resources, both financial and logistics to help strengthen the party.

Once again, this week also stands to witness such commissioning of party offices in the Ashanti Region which will include eight Constituencies. As a result, the Ashanti Regional team, which is led by Dr. Kouffie, the CPP’s regional Chairman, is making final dressing-up arrangements to ensure the commissioning of these offices which will be coming off on the 7th and 8th of October, 2011. The selected constituencies in the Region that will benefit from the new offices are Asante Akyem South, Asante Akyem North, Kumawu, Ejisu Juabeng, Bosome Freho, Adansi-Akrofuom and Obuasi.

At the commissioning ceremony will be, Dr. Papa Kwesi Nduom who is the sponsor of these party offices and National, Regional and Constituency executives who will be attending the event to grace the occasion. The CPP executives and leading members will pay courtesy calls on some traditional leaders who will be available and present in the towns these party offices are situated.

To Dr. Nduom, the commissioning of these new offices represents the rejuvenation of the CPP and its transformation into a new, forward-looking, progressive independent political party in Ghana. Now people looking to join the party will know where to go. It will easier for the CPP to spread its message. The party will gain the visibility that has eluded it in our local communities across the country.