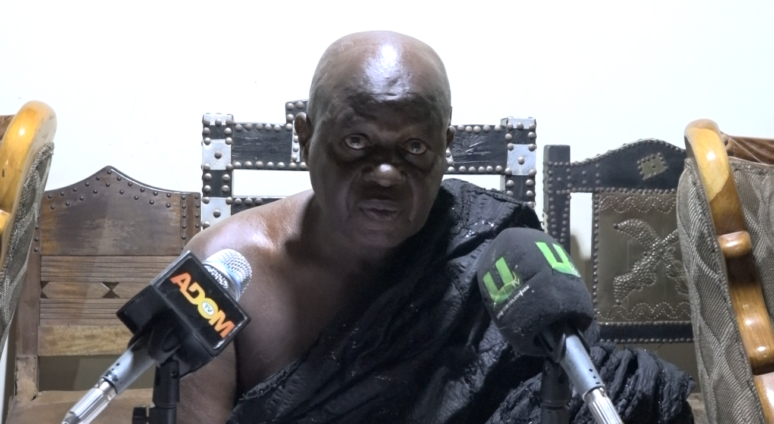 The Drobo Traditional Council in the Jaman South Municipality of the Bono Region has expressed their displeasure over what they described as a deliberate attempt by the private radio station, Jaman Radio, to bring the image of the chieftaincy into the mud.

All attempts, according to the Council, to resolve the issues have proved futile, and therefore deems it necessary to petition the National Media Commission (NMC) and other stakeholders, including the President, to intervene and bring order to the airwaves for peaceful coexistence in the traditional area.

Nana Bediako Kyeremeh, Drobo Abontendomhene presenting the petition on behalf of the Traditional Council, feared the situation if not well dealt with, has the potential to fuel the long-standing traditional litigation between Drobo and Japekrom Traditional Areas.

Jaman radio, operating on 103.7 MHz at Drobo, is owned by the immediate past Member of Parliament for Jaman South and Deputy Minister of Aviation, Yaw Afful, whom many people perceive not to have a good rapport with the Drobo Traditional Council.

The Council alleged the radio station and particularly the morning show host, Jebril Speleele, deliberately uses the medium to cast insinuations and aspersions on the chiefs.

“The host intentionally allows callers to insult the Paramount chief, Okokyeredom Sakyi Ako II, and the Queen-mother, Nyansa Buakwa Yaa Ansu I, subjugating our chieftaincy, the values so preserved for many years”, the Council alleged.

“The Council has with dismay observed the deliberate efforts by the radio station to attack government and other vital institutions, as well as personalities in the municipality, including the Municipal Chief Executive, Alhaji Abuu, for no reason”.

Nana Bediako Kyeremeh revealed that the former Regional Minister, Evelyn Kumi Richardson, and the NPP regional leadership led by Chairman Kwame Baffoe (Abronye) previously intervened, “and rendered an unqualified apology to the Drobo State, to which we accepted and advised them to take steps to sanitize the airwaves. But it seems it is still unresolved, and they are doing worse than before”.

Because of this, “we petition the NMC and seek the attention of the President, Nana Akufo-Addo, to call the former MP and his station to order to help prevent a possible community revolt against the FM Station and possible dislike for the government and the NPP”, he said.

He said the people of Drobo are peace-loving people who respect law and order because they are key elements that promote healthy living.

“We pray the unprovoked attacks will stop immediately, for us to live together as one people in the municipality like before”.

Meanwhile, Kingsley Sie, programs manager for Jaman Radio, insists, their programs are designed such that the host, panelists, or callers can’t abuse others, let alone the Traditional Council.

He, however, said anyone or institution who feels offended by anything said on Jaman Radio can approach them for a rejoinder.