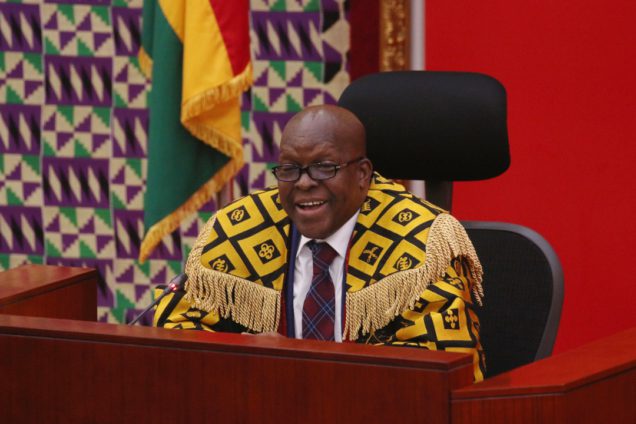 Speaker of Parliament, Alban Bagbin has queried the recent mode of arrest of journalists allegedly involved in publication of falsehood by the Ghana Police Service.

Terming the approach as “rambo style”, the Speaker said that such an approach is archaic, thus should not be encouraged.

Mr. Alban Baggin said this at a ceremony to commission an office facility for the Parliamentary Press Corps on Friday.

The Speaker argued that the swift arrest of these journalists is an affront to free speech.

“Oftentimes, in our quest as journalists to disseminate the information we have in a timely manner, to beat the deadline set for us, we make some mistakes. Our information do not turn out to be entirely accurate. We end up making some representations. At times, impinging on the integrity and reputation of others.”

According to the Speaker, persons who feel slighted by what they described as false media publications should resort to the rule of law and not the use of force by the Ghana Police Service.

“The Police cannot assume responsibility for responsible media practice in Ghana by scanning newspapers and news portals and arresting journalists for errors and misrepresentation. I don’t know how our Police CIDs were trained. That, if there’s an allegation made by a citizen, the first thing is to arrest that citizen. I don’t know where they got that law from.”

He added that it is the role of the National Media Commission (NMC) to ensure that journalists abide by their professional code of ethics, and disseminate factual information.

He further stated a civil arrest should be made only if the citizen failed to honour previous invitations, or perhaps wants to escape from the ambit of the law.