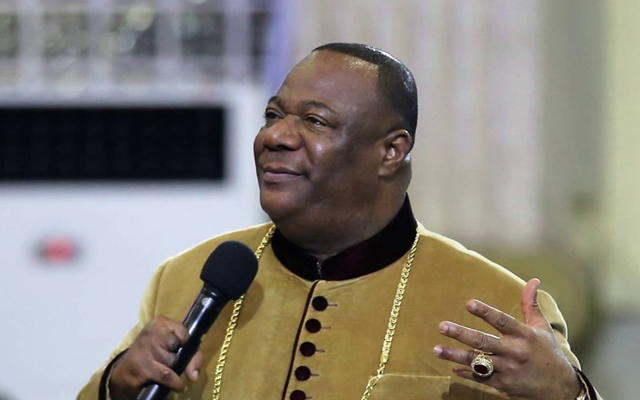 “We as a nation are facing a national crisis, with lots of difficulties and hardships and in these times we must proclaim a fast,” Archbishop Duncan Williams said on Sunday.

The General Overseer of the Action Chapel International Ministry proclaimed the 72-hour fasting and prayer for the country because, according to him, that is what some leaders have done in similar situations.

The man of God told the congregation of his megachurch that the fast will start on Monday, October 1 2018, confident that God will intervene,

“Leaders who believe in God and recognise in times of national crisis that human capability and intelligence and logic and philosophy can do, but so much, and can go but so far…and recognise and call upon God’s intervention to overturn national crisis…I proclaim by the voice of the blood of Jesus this 72 hour fast from Monday…..of the month of October….let the fast be proclaimed and let heaven and earth bear witness and let heaven intervene in the affairs of this country and overturn the suffering and the hardship and difficulties and crisis we face as a nation and a people,” Archbishop Duncan Williams proclaimed.

In 2014, the Archbishop led his congregation to pray for God to halt the depreciation of the cedi against the US dollar and other major trading currencies.

He was criticised by sections of the public including top government officials at the time who described the act by the Archbishop as "comic relief."

President Nana Addo Dankwa Akufo-Addo last week admitted that the economy of Ghana is going through trying times, but dismissed concerns that these difficulties amount to a crisis. The President assured his audience, the Ghanaian community in New York, USA, that the government is on top of the situation.

President Akufo-Addo attributed the difficulties in the system to the “dramatic increase in crude oil prices” and the strengthening of the US dollar.

President Akufo-Addo admits that has led to “a significant and rapid depreciation of the cedi” but was quick to add that the Bank of Ghana is fighting the depreciation.

Meanwhile, former president John Mahama has said Ghanaians must be thankful for the “current difficult times” because God was preparing them for better days ahead.

Speaking at the Ringway Assemblies of God Church on Sunday, he said even in the midst of hardship “if you seek the favour of God you will reap 100 folds.”

He said with the country’s current economy, which is receiving harsh criticisms from a lot of people, has to seek the favour of God.

Archbishop Duncan Williams told congregants on Sunday that a powerful prayer is important for every nation in crisis.

“We pray Heavenly Father you will intervene in the financial conditions of your people…in this nation…that you will overturn the family crisis; crisis in the life of our business community; health crisis; let it be overturned; grant o Lord that we will end this year on a note of victory, celebrating your goodness,” he decreed.

Listen to the Archbishop in the audio link below.