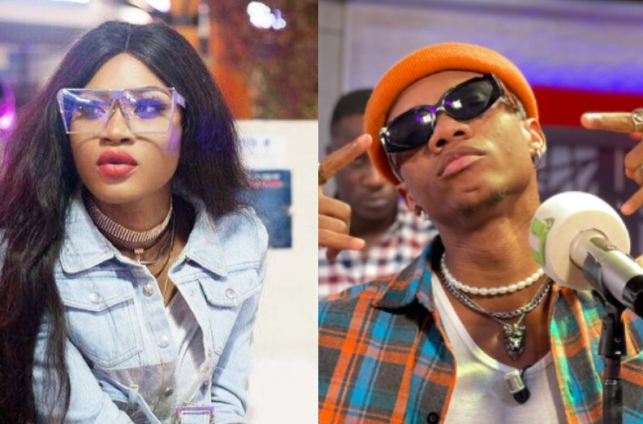 Musician Eazzy has called colleague KiDi as one of the Ghanaian artistes to watch out for in 2022.

In an interview on BBC, she stated that with the growth of his global hit Touch It, KiDi has already made a name for himself outside of Africa.

Speaking to Mike Johnson on BBC’s Business Daily Eazzy said that “I think he has already gotten into the international market, properly bigger than most artistes have in the past year.”

She explained that this feat can help propel his career even further to become a global star.

She urged people to listen to KiDi adding that if his career receives that boost it needs, it would be a win for Ghana and the music industry.

Eazzy made that comment after she was asked about her views on the deal between Africori her music distribution label and Warner Music.

She said that the deal between Africori and Warner would expand the network to which African artistes signed onto the platform and beyond can tap into.

“Now we have a power behind us that is going to push the music to those locations (France, London, Us and many others) for us to earn more and spread our music across,” Eazzy added.

Meanwhile, KiDi has confirmed rumours that he would be releasing the remix of his global hit ‘Touch It’.

He has also been nominated for the 2022 National Association for the Advancement of Colored People (NACCP) Awards.

The multiple award-winning Ghanaian artiste was nominated in the Oustanding International Song category with his song ‘Touch It’.

Other nominees in that category include Wizkid with Essence, Fireboy with Peru, Tiwa Savage with Somebody’s Son and Omah Lay with Understand.

DISCLAIMER: The Views, Comments, Opinions, Contributions and Statements made by Readers and Contributors on this platform do not necessarily represent the views or policy of Multimedia Group Limited.
Tags:
BBC interview
Eazzy
KiDi