Dr. Rick Sacra and Dr. Kent Brantly were both infected with Ebola while working in Liberia with the aid organization Serving in Mission. Both were evacuated back to the United States for care.

But the two doctors also have another thing in common: They have the same blood type.

That little fact could be life-saving for Sacra. Brantly, who tested negative for the deadly virus after several weeks of treatment, recently flew to Nebraska where Sacra is in isolation and donated his blood. 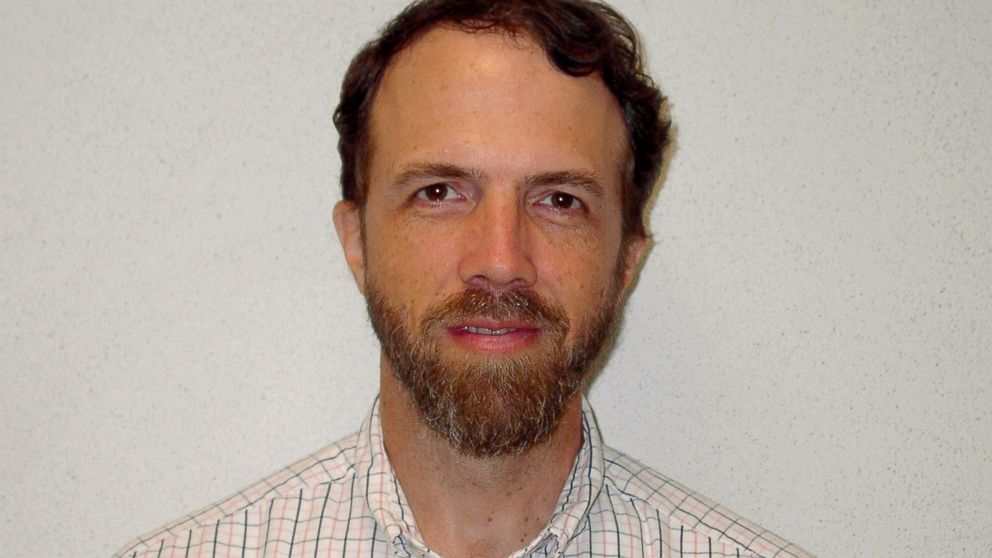 Doctors treated Sacra with this plasma on at least two occasions. Doctors believe Brantly has antibodies that Sacra lacks, but his immune system needs to help him fight the deadly virus.

"They are so similar it didn't surprise me that they were the same blood type," said his Sacra's spouse, Debbie Sacra.

Sacra's doctors at the University of Nebraska Medical Center in Omaha said their patient is improving every day.

"We were down to the last shot and it worked out great,"Dr. Phil Smith said at a press conference Thursday about finding a blood match. "We were hoping to jump start his immunity."

At this point, doctors don't feel like Sacra will relapse, but they've been cautious about predicting success. Doctors in Africa told them there is typically a "honeymoon period" for patients after which they often get dramatically worse.

Sacra, however, has gotten better daily. Dr. Angela Hewlett said his condition has been moved up to "good" from "stable."

In addition to the blood transfusion, doctors are giving Sacra aggressive supportive care to help his immune system fight the virus, including electrolytes and IV fluids.

The Nebraska doctors have also given Sacra an experimental drug that they will not name. He has received it every day, and his doctors say they believe it is helping.

The American patients at Emory University Hospital in Atlanta — Brantly and Nancy Writebol — were given an experimental drug called ZMapp, which was developed by the biotech firm Mapp Biopharmaceutical Inc.

The drug had shown promise in small experiments with monkeys, but had not been given to humans until doctors tried it in the Emory patients. Doctors there credit the drug with playing a role in their patients' successful recoveries, but the company has said there are no more doses of the drug available.

It's possible Sacra has received another experimental drug that's in production called TKM-Ebola.

The first day, Smith said, was "pretty rocky." Sacra's spouse said he had to be sedated on the flight over. On the second day of treatment he was already showing signs of improvement, even with some "abnormalities in his organ systems."

On the third day Smith told his colleagues that he liked "the way this is going."

His doctors still want Sacra to eat more. Debbie Sacra said he is still weak. On Wednesday the hospital put an exercise bike in his room that he rode for 10 minutes before tiring out.

Because doctors still know so little about how to defeat the Ebola virus, Smith said Sacra, as a physician, has been a particularly helpful patient. He has been able to give detailed reports about his symptoms.

Debbie Sacra said the CDC has told her that they are still trying to find out how her husband got sick in the first place.

He was in Liberia treating patients in an obstetrics clinic in Monrovia, not working directly with Ebola patients. The CDC believe it happened during an emergency at the hospital, Sacra said.

So far, no one else at Sacra's clinic has gotten sick.

Sacra has done missionary health work for the past 25 years. He had flown to Monrovia in August after learning his colleagues from SIM had gotten sick. Sacra worried Ebola would cause a "domino effect" on the already vulnerable Liberian health care system and that people with common ailments wouldn't get help.

When Sacra arrived in Monrovia, that's exactly what he found. His spouse said there wasn't a single pair of latex gloves to buy in the entire city.

Without protective equipment, medical clinics shut down. She says Sacra drove from hardware store to hardware store looking for boots to protect his staff.

When he was finally able to open the clinic, for some it was too late. She says dozens of pregnant women who needed Cesarean sections turned up at the clinic after having failed to find help anywhere else in the city.

By the time these women arrived at Sacra's clinic "only the mothers' lives could be saved."

Thankful for the support, but also a little embarrassed by the all the attention, Sacra and his spouse asked that Americans remember people are struggling with Ebola in Africa too.

"He wants you to share his burden for the people of Liberia and West Africa," Debbie Sacra said. "Every day and every week that we don't do what we can to stop Ebola in West Africa, we are risking the possibility that it will not stay in West Africa."