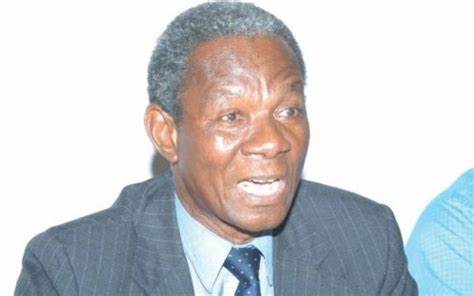 The Ghanaian economy is not resilient given it is failure to generate enough reserves, renowned Economist, Dr. Kwame Pianim has said.

“Where the [Ghanaian] economy is now is not pretty” and the environment cannot be described as enabling, Mr. Pianim disclosed at the first IMANI-GIZ Reform Dialogue Series (RDS) on the theme “Ghana’s Macroeconomic Environment: An Enabler or Hammer to Investment?”.

According to him, the monetary policy rate is a key indicator of how the Bank of Ghana perceives the economy, adding, when the Central Bank increases its policy rate, it is indicative of the fact that it is not comfortable with the fiscal stance of the government.

He further said that structural imbalances between expenditure and revenue continue to affect the economy, adding, Ghana needs a cost-benefit analysis on the significant expenditures by the government, citing areas like Free Senior High School (‘Free SHS’).
He questioned the excessive focus of the government on the revenue side of the economic equation with the often touted mantra that Ghanaian citizens are not paying enough taxes.

Mr Pianim stressed that the main area of focus for policymakers should be the expenditure side and recommended that government should use quality predictive models and analysis in their economic decision-making.

He finally remarked that “we should not waste the [current] crisis” but instead use it to create a better and sustainable macroeconomic environment.

For his part, Economist, Dr Priscilla Tsumasi Baffour said Ghana’s export basket is not so diversified which exposes the economy to many international shocks such as the ongoing COVID-19 pandemic and Russia-Ukraine War.

She also indicated that the economy accumulates a lot of fiscal deficits which drive the current high public debt [estimated at 80.1% of GDP as of December 2021

Dr Baffour added that with the current high levels of inflation, the depreciating cedi and high cost of capital, the economy cannot be said to be doing well.

She therefore suggested that Ghana needs to increase its revenue, spend wisely on items that maximise returns while cultivating the discipline and political will to reduce expenditure on consumption related programmes and projects.

Some experts and policy analysts also contributed to the discussions.

Kofi Bentil explained how the nature of the Ghanaian constitution makes it absolutely impossible for the National Development Planning Commission to be successful in achieving its mandate.

He believes the lack of effective Momitoring and Evaluation has made the investment in the area of Planting for Food and Jobs gone down the drain as farmers exported their produce at a discount to neighbouring countries.

He also stressed that the huge losses reported by the State-Owned Entities (SOEs) need to be addressed.

Professor Godfred Bokpin also said the fiscal council needs to be looked at as it currently has an advisory role which is not being beneficial.

He believes that opacity and full disclosure of government fiscal information is needed.

The dialogue sought to engage relevant stakeholders in Ghana’s investment ecosystem to discuss how a conducive macroeconomic context creates the right investment climate.

The macroeconomic environment are the set of factors that affect investment and growth in an economy.

Basic indicators of the macroeconomic environment include inflation rate, exchange rate, the fiscal balance, and the external current account balance, among others.