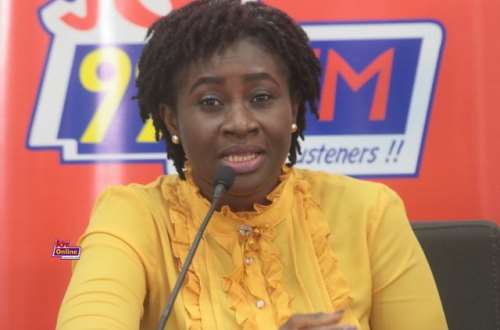 Senior Lecturer at the University of Ghana’s Department of Economics, Dr. Priscilla Twumasi Baffour says the economic hardship of the Covid-19 pandemic has been exacerbated by the government’s ambitious spending prior to the pandemic.

According to her, the Akufo-Addo government which had fortunately inherited a lot of resources had gone ahead to roll out a massive social expenditure scheme in the form of the Free Senior High School Policy which had taken a huge chunk of the available resources.

She says this, coupled with the unexpected Covid-19 pandemic had thus left the government with a dwindling resource pool to work with, occasioning the hardship the country currently suffers.

Speaking on JoyNews’ Newsfile Saturday, she explains that “on that scale, you see that yes, government was quite ambitious on the estimation of revenue that was to come in and based on that there has also been the argument of the free SHS.

She added that “But the reality is that yes government was a bit ambitious in terms of the expectations of revenue and for that matter rolled out expenditures that are also quite ambitious. And based on all this without anticipating any significant negative shock that explains quite the position we’re in.”

Dr. Twumasi Baffour further stated that the blow the pandemic dealt the private sector has further exacerbated the economic hardship in the country.

She explained that the private sector which is still recuperating from the Covid-19 pandemic is unable to hire new employees and in some instance have laid off some workers thus contributing to unemployment in the country.

“And when you look at the unemployment situation we see that yes, our government is struggling because the private sector that is supposed to drive that agenda based on prudent economic management is also struggling to find its feet because of some of the negative effects that the pandemic has had on them,” she said.