ECOWAS members arrive in Ghana for Extraordinary Summit on Guinea 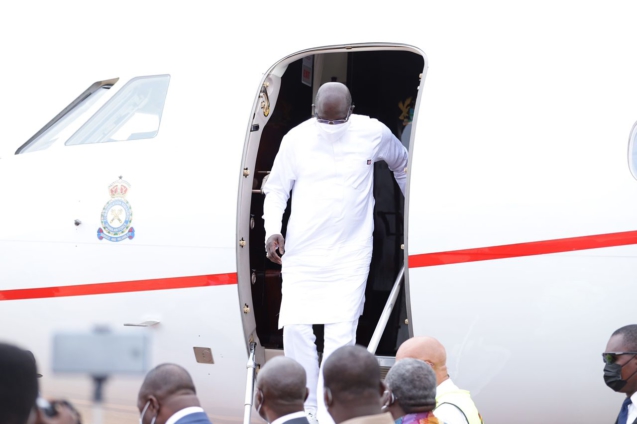 About 13 Heads of State from West African countries are set to arrive in Ghana on Wednesday and Thursday for the Extraordinary Summit.

According to the Foreign Minister, Shirley Ayorkor Botchway, during an interaction with the press Wednesday, said that Guinea and Mali would not be attending this Summit since the focal point of discussion would be on the political unrest in these countries.

So far, the Liberian President, George Weah, has arrived in the country this morning.

Former Nigerian President, Goodluck Ebele Azikiwe Jonathan has arrived in the country Thursday morning ahead of the ECOWAS Summit.

More dignitaries are set to arrive at the Kotoka International Airport (KIA) Thursday.