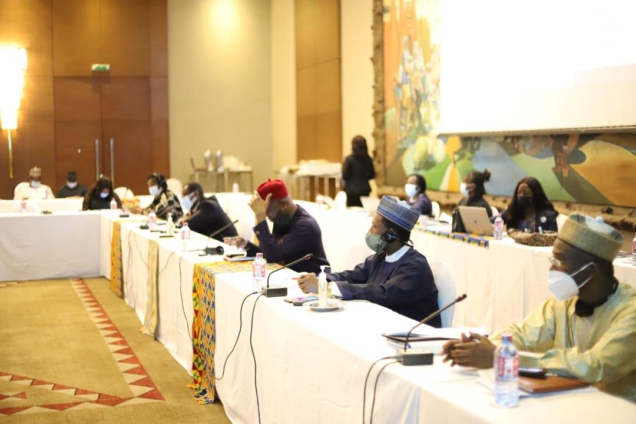 A group of Media and Civil Society Organisations is urging ECOWAS to prioritize issues of press freedom and media development.

According to the group, the Economic Community of West African States in drafting the Vision 2050 policy framework must make laws that serve the interest of the media and enhance its development.

The group which aims at promoting media development, anti-corruption and democratic governance in West Africa intimated that ECOWAS must prioritise and “…support the formulation, enactment, and implementation of the right to information law in countries that have not done so and uphold freedom of expression.”

“[We] call on ECOWAS Heads of States and Governments to collaborate, adopt and implement well-defined protocols for the protection of journalists especially those in areas afflicted by insurgency and terrorism and repeal repressive cyber laws that criminalise online press offense,” the statement read.

Disturbed by the increased violations of freedom of expression, the group stated that press freedom and media development was necessary because the irresponsible act of “…imposing extreme penalties including imprisonment and crippling fines on journalists and the media” was on the rise in most countries where democracy was not allowed to flourish.

Thus, a need for it to be prioritised.

This demand by the group follows a ‘Freedom in the world 2021’ report conducted by Freedom House which shows that the global decline in democracy has accelerated.

The communique also bemoaned the shrinking civic space and called for practical, specific, and coherent regional frameworks, policies, and strategies to ensure the protection and security of journalists and other critical voices to promote transparency, accountability and ultimately deepen democratic governance in the region.

Despite these concerns, the group commended the ECOWAS Heads of States and Governments for their efforts so far in sustaining democratic governance in West Africa.

With the support of its partners, the Commission of the Economic Community of West African States (ECOWAS) has commenced the process of developing Vision 2050 and its implementation frameworks.

The vision document once in place will firm up the aspirations and developmental priorities of West African citizens over the next 30 years while consolidating the gains made by ECOWAS in the implementation of programmes and projects identified under the receding ECOWAS Vision 2020.

The group of Media and Civil Society Organisations in their communique said they were committed “to engaging, collaborating, and supporting ECOWAS to mainstream issues of press freedom in its democratic governance interventions as well as significantly contributing towards the realisation of the ECOWAS Vision 2050 being developed”.

They further entreated ECOWAS’ “Heads of States and Government to comply with the provisions spelt out in the ECOWAS Protocol on Democracy and Good Governance, as well as international frameworks they are signatories to, including the Universal Declaration of Human Rights, and the African Charter on Human Rights” as the 2050 policy draft commences.

Read the full communique below:

Read full report of Freedom in the World Below:

DISCLAIMER: The Views, Comments, Opinions, Contributions and Statements made by Readers and Contributors on this platform do not necessarily represent the views or policy of Multimedia Group Limited.
Tags:
Anti-corruption
ECOWAS
Media Foundation for West Africa
Press Freedom