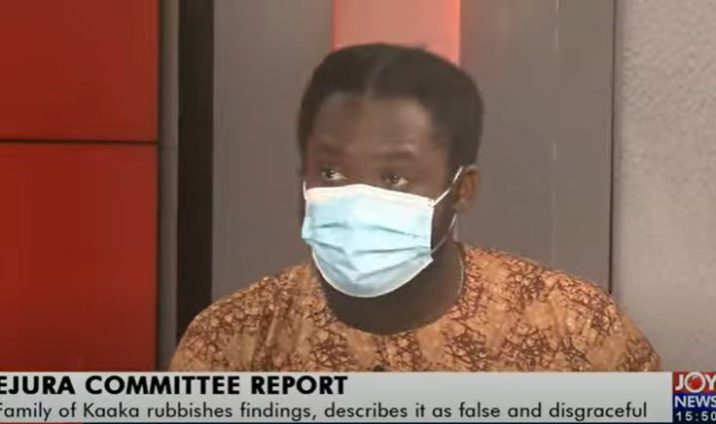 The National Spokesperson for Economic Fighters League, Nii Aryee Opare has stated that the posture of the three-member committee that probed the Ejura disturbance was not set towards finding justice for the slain social media activist, Mohammed Ibrahim popularly known as Kaaka.

Speaking on Joy News’ The Pulse on Monday, October 4, 2021, he said the committee report that came out affirms their earlier suspicion of bias.

“We saw that the posture of the committee was actually the one that is not set towards finding justice and we had our suspicion in the beginning that the final report that came out clearly justifies some of our reservations we had in the beginning that it was bias to some extent,” he told host Ayisha Ibrahim.

He noted that the Committee also overstepped their mandate by making certain specific pronouncement and taking on tasks which are supposed to be assigned to the Criminal Investigation Department (CID).

He added that “you find out that clearly 90 days before the murder of Kaaka, you find that crime scene investigators are now moving to the crime scene to start their investigations. This is after the 90 days have elapsed.”

According to Mr Aryee, the committee had no right to make a declaration into the murder of Kaaka since they do not have the facts set out.

“The mandate was to investigate and make recommendations of how to prevent those occurrences thus the disturbances that happened after Kaaka’s death. How then do you make a categorical statement that Kaaka’s death was actually not in relation to his social activism work? What investigation has gone into determining and coming to that conclusion?” he asked.

DISCLAIMER: The Views, Comments, Opinions, Contributions and Statements made by Readers and Contributors on this platform do not necessarily represent the views or policy of Multimedia Group Limited.
Tags:
Economic Fighters League
Ejura Committee Report
Nii Aryee Opare