Ejura report: It's the public's mandate to ensure recommendations are implemented, not Committee - Vladimir Antwi-Danso - MyJoyOnline.com 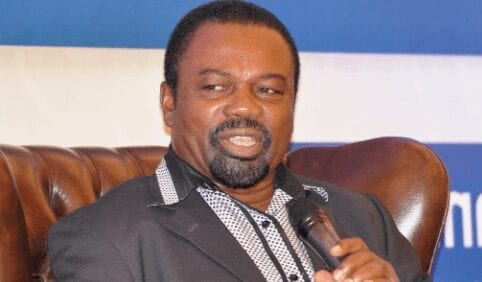 A member of the Ministerial Committee set up by the Interior Minister to probe the Ejura incident that led to the loss of two lives on June 29, has indicated that the three-member Committee is not obliged by law to ensure government considers and implements its recommendations.

According to Mr Vladimir Antwi-Danso on JoyNews, such responsibility lies in the domain of members of the general public.

Speaking on PM Express, he stated that should the public not want the committee’s report to be shelved and gather dust, they should demand from government their expectations.

Interacting with host, Evans Mensah on Tuesday, he said: “Whether such concerns cross my mind, it is the general public that must make sure that things are done in such a way that we do not repeat these. It doesn’t lie within the capacity of any committee to go beyond what their remit is.

“We have submitted our report and that is it. Unfortunately, there is no constitutional provision that gives us any power over government in implementation. It is the public that is to do that.”

Despite his submissions, he urged that government accepts the findings of the committee chaired by Justice Koomson adding that “we have done a very good job.”

His comments come as a response to concerns of some members of the general public who are of the view that the Committee’s recommendations will not be considered by government just like previous ones such as the recommendations of the Emile Short Commission on the Ayawaso West Wuogon violence that occurred during a by-election.

It was recommended that DSP Azugu be transferred from his post at the National Security.

Meanwhile, in the Committee’s Ejura report to government sighted by JoyNews, it was iindicated that there was no basis for the dispatch of a Police Riot Vehicle (water canon) to the cemetery on the morning of June 29 when the slain social media activist was being buried.

It, therefore, recommended that DSP Philip Kojo Hammond be transferred from his current post with immediate effect since his relationship with the people of Ejura has turned sour.

The Justice Koomson Committee also cited the incompetence of DSP Philip Kojo Hammond in handling the situation, another reason for his transfer.

This is part of 10 recommendations laid before government by the Committee. The remaining nine are as follows:

2. We further recommend the structural expansion of the Ejura Police Station and an increase in personnel.

3. We recommend the removal of the Ejura-Sekyedumase Municipal Chief Executive, Honourable Mohammed Salisu Bamba, since his continuous presence as MCE would exacerbate the already tense security situation in Ejura.

4. It is further recommended that, the Military Establishment review the actions of the Section on the ground, led by Lieutenant Martin Opoku Adusei, for the inappropriate use of force, and apply appropriate sanctions.

5. We further recommend the training of REGSEC, MUSEC and DISEC officials in the Ashanti Region in Conflict and Crises Management at the Ghana Armed Forces Command and Staff College at least once every year.

7. We further recommend that, the NCCE should intensify its Public education in relation to the rights, obligations and civic responsibilities of the people of Ejura.

8. It is further recommended that, all crowd /riot/crises control units be made to wear bodycams and all vehicles and mobile gadgets employed must also have cameras.

9. We recommend the establishment of a Sports and other Recreational Facilities in Ejura under the Zongo Development Fund, so as to re-channel the energies of the youth.