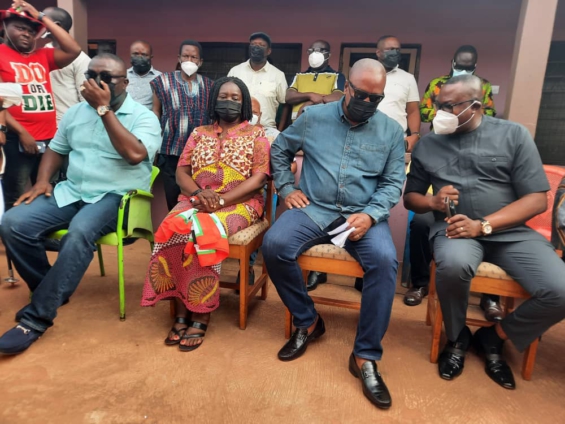 Former President John Dramani Mahama is of high expectation that persons found culpable, in the Ejura shooting incident, will be duly punished.

His concern comes ahead of the release of the report by a three-member committee set up to investigate the circumstances that led to the killing of two persons and the injury of four others.

The 2020 Presidential Candidate of the NDC, said videos on the Ejura incident, show that security personnel refused to act right.

“In Ghana, Police are the first to move in to deal with demonstrations. Military stays behind the Police but in the video, I saw the military took lead and started shooting immediately they got out of the vehicle,” he said.

The former President said in an address to the people of Frante at Ejura, where he started a ‘Thank You’ tour of the Ashanti Region.

“The security personnel have become trigger-happy. We say impunity breeds more impunity. Impunity breeds criminality and violence. It looks like the President is happy with these incidents,” he added.

In June, two people were allegedly killed by the Military, while four others were injured after some protesting youth of Ejura Sekyedumase clashed with the Military and Police.

The youth were protesting the murder of the 40-year-old Ibrahim Mohammed, aka Kaaka.

Mr. Mahama believes the failure of the President to punish persons indicted in the Ayawaso West Wuogon bye-election incident, as reported by the Commission of Inquiry, is the reason for the recent election-related shootings.

According to him, the Medical Superintendent of Ejura Government Hospital, Dr. Mensah Manyah has been victimised for testifying before the Justice Koomson Committee.

Dr. Manyah has been transferred to a health centre, which Mr. Mahama regards as a demotion, stating this breaches good governance ethics and impedes the development of the country.

“I can only encourage the Doctor and hope he discharges his duty diligently in his new position just as he did at the Ejura Government Hospital,” he said.