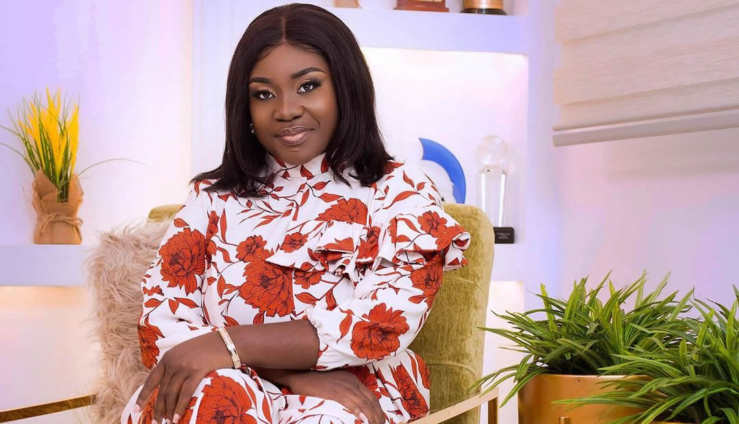 After decades in the showbiz industry, popular Ghanaian actress Emelia Brobbey has been recounting how she began her acting career.

“I call it a risk because at that time acting was not paying like today. I think I followed my passion and with every step I take, I pray about it. So I prayed, I told God I love acting and can’t be leaving my pupils in the classroom, being absent here and there,” she said on E-Vibes.

“I can come back for my teaching certificate anytime, so I wrote to the GES accountant general to hold my pay. I said to myself let me go and try this acting. I want to do this. So I took that bold decision and that risk then I started acting in 2001.”

The actress acknowledged the importance of perseverance in her journey to the top.

Touching on her early life, Emelia highlights her mother’s role in her development and how she left the village for the city for greener pastures.

She said “growing up wasn’t easy. There was no electricity in my house at that time.”

“Sometimes I would go and sell kerosene because I want to get the profit and then what my mother would give me would not add up to what I had to spend at school. The sad part about my story and growing up is that where we were living it was a mud house and the roofing sheets had holes in them. So when it is raining, I have to rush to the kitchen get some saucepans, and put it where the water would be dripping. So growing up wasn’t easy.”

Emelia Brobbey was born on January 6, 1982, and grew up in Akyem Swedru in the Eastern Region of Ghana.

After completing Teacher’s Certificate ‘A’. Emelia was posted to teach at Obuasi where she taught Agric Science.

She was then introduced to acting. She also holds a diploma in Journalism, a bachelor’s degree in Human Resource Management, and an ICM Certificate in Broadcast Journalism. She has starred in over 40 movies including Asantewaa, Asem Asa, Adofoasa, Seed of Rejection, Kae, and many more.

DISCLAIMER: The Views, Comments, Opinions, Contributions and Statements made by Readers and Contributors on this platform do not necessarily represent the views or policy of Multimedia Group Limited.
Tags:
Actress
e-vibes
Emelia Brobbey