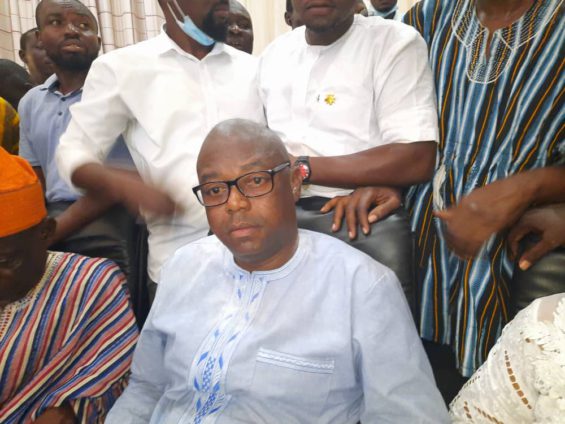 Tamale Mayor, Sule Salifu has cautioned residents that this is the last time the assembly is going to clear waste from communities.

He said the assembly continues to spend huge sums of money collecting this huge waste whereas there are innovative ways the various assembly members can employ in their respective areas to convey the waste.

The Mayor, who disclosed this at an engagement with some selected journalists in the Northern Region to create a good working relationship with the media, said there are other pressing issues like education which needs to be addressed.

“We have children in Dohini sleeping on their stomach to learn in the Metropolis. If our fore leaders did not create a conducive environment for us to study we will not be sitting here,” he said.

He said some electoral areas have started initiating the pay-as-you dump and it is yielding fantastic results.

”The assemblyman for Builpela and Salamba have started implementing this pay-as-you dump thing in their areas and I must tell you is working very well,” Mr Sule said.

He said the assembly members and their communities agreed on how much they should pay and when the refuse is up for collection they use the money collected to evacuate.

Mr Sule said he expects other assembly members in the metropolis to take up the initiative to ensure the city is clear.
He said the assembly will in the coming days conduct a decongestion exercise in the City.

The Mayor said the exercises will be done in phases to ensure the entire project succeeds. He said parts of the town that will be decongested include the STC Yard area adding that some of the lorry parks would be moved.

Mr. Sule said travelers who would be heading to the North East and Upper East would be relocated whiles those traveling to the Yendi, Saboba, Tatale among other areas would board their vehicles from the Kukuo Market.

Touching on Security in the metropolis he said two more police stations would be built at the University for Development Studies (UDS) Tamale campus and Wamale.

He also noted that the assembly in the coming days will also engage youth chiefs on how to control minors who roam the streets deep into the nights.

The issue of minors staying out as late as 2 am has become a worry for most residents.